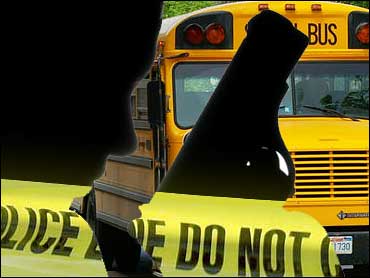 PHOENIX - A proposal to let people have guns while driving or walking through state university and community college campuses cleared its final hurdle in the Arizona Legislature on Thursday.

The House passed the bill on a 33-24 vote, which will send it to Gov. Jan Brewer.

The Senate previously approved the measure, after watering it down to no longer allow guns inside campus buildings. But the bill still sparked sharp debate before Thursday's House of Representatives vote.

State Rep. Bob Robson said guns on campuses are a bad idea because students and others experience such emotional highs and lows due to grades, exams and other circumstances.

"To make it that you could walk up to the door of an education institution (with a gun) makes no sense to me," he said.

But supporters said the bill would help people defend themselves from gun violence by someone who won't heed a campus's firearms ban.

"I find it hard to believe that on universities it just becomes a bubble — that somehow you're drastically protected when you enter the campus," Democratic Rep. David Gowan said.

The Texas Senate on Thursday cut off debate on a broader campus-guns bill that, like the original Arizona measure, would allow holders of concealed-weapons permits to carry concealed weapons in classrooms.

If the Texas legislation passes, the state would become the second, following Utah, to pass such a broad-based law. Colorado gives colleges the option to allow handguns.