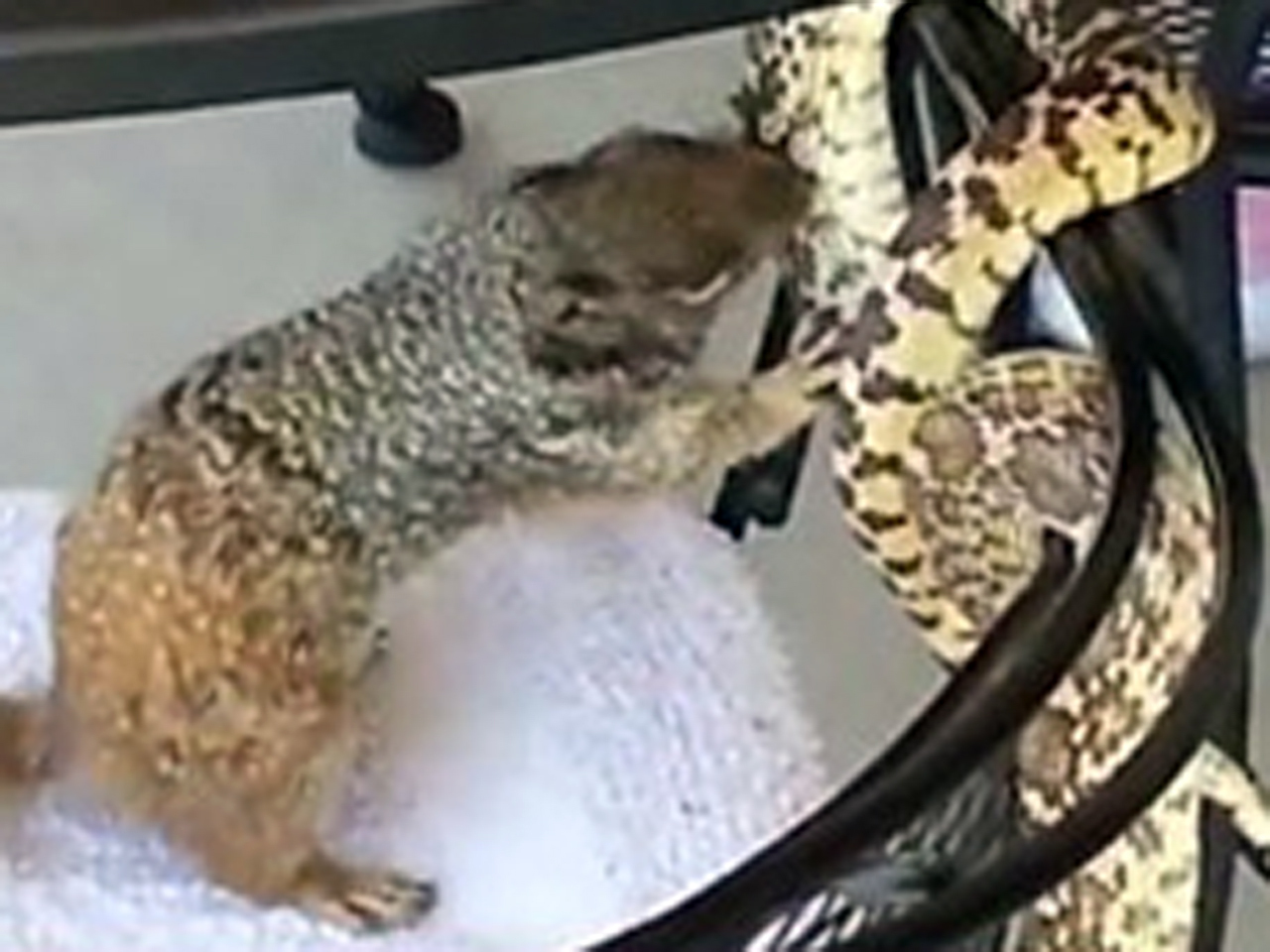 GOLD CANYON, Ariz. An Arizona woman called 911 and told the dispatcher there was brawl on her back patio between a gopher snake and a ground squirrel, reports CBS affiliate KPHO in Phoenix.

When firefighters arrived the two had been going at it for a half hour with no plans of stopping.

Firefighter Ryan Philips told KPHO he believed the squirrel had a nest nearby. Philips grabbed his smart phone and started rolling.

"It looked like the squirrel had grabbed a piece of corn and was just chewing on it," said Philips.

Neither of the animals seemed camera shy with Philips standing only feet away.

The squirrel took every opportunity to gnaw on the snake's body.

Tangled in the arm of the chair the snake only managed to get in a couple of strikes.

"Typically the ground squirrel is food for a snake so it was kind of interesting to see the tables turned a little bit," said Philip.

Firefighters had to step in and break up the brawl.

The snake had a few nicks when it was released back into the desert but firefighters told me it looked like it would be just fine.

"I'd say this round went to the ground squirrel. But I'm sure they'll be a rematch in the future," said Philips.

The Apache Junction Fire District responds to dozens of snake calls every year.