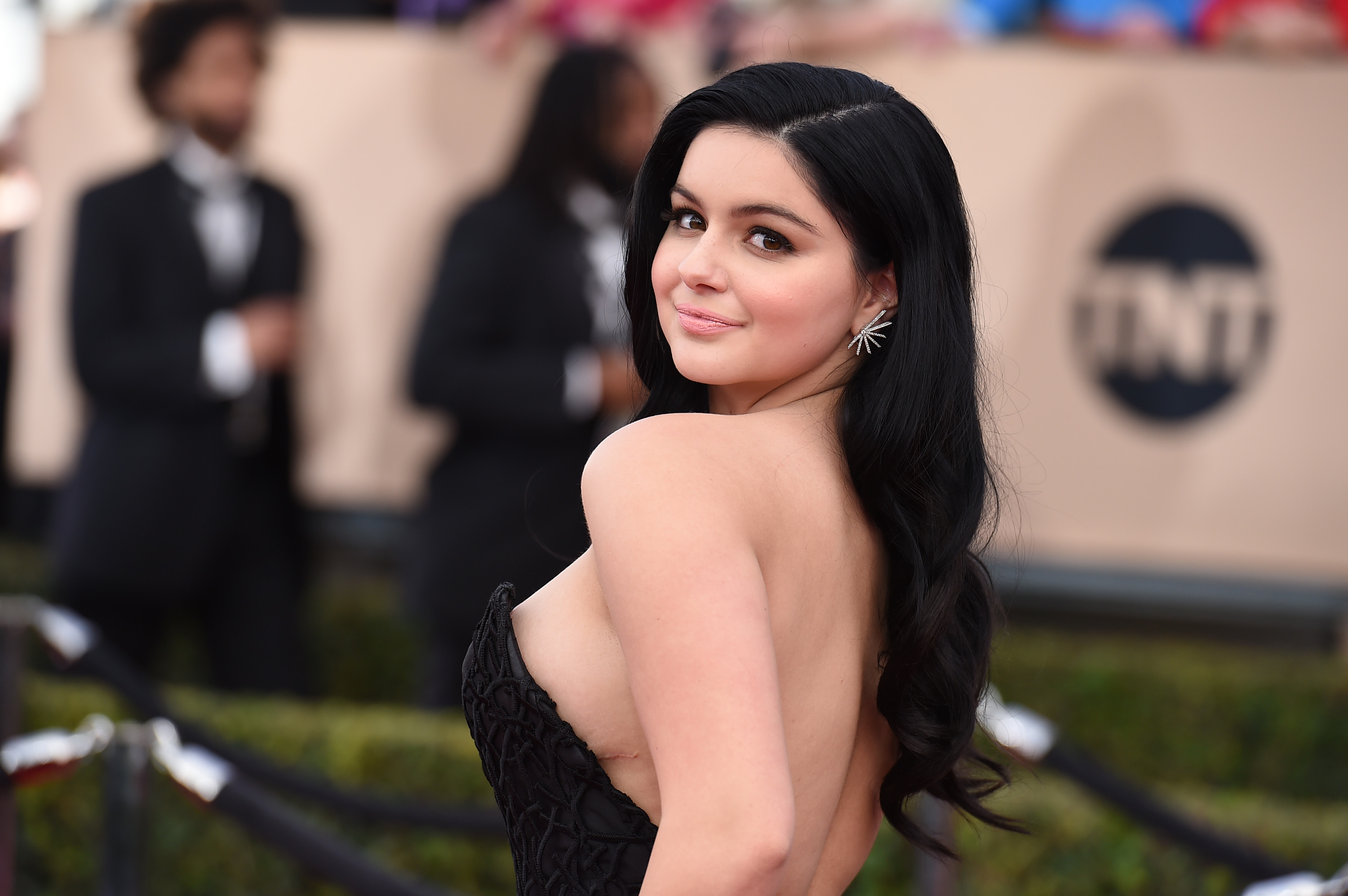 Ariel Winter has drawn fire and praise for her often-revealing Instagram posts, with some criticizing her risqué outfits while others calling her a champion of positive body image. But for the “Modern Family” star insists she’s not being strategic about her social media posts.

“I don’t really think I’m telling myself, ‘You should post this, you shouldn’t post that,’ I feel like I’m just having fun,” Winter told ET’s Katie Krause at Variety’s Power Of Young Hollywood Issue Celebration, presented by the app Pixhug with Vince Camuto, in Los Angeles on Tuesday. “I like my fans to see what I’m doing.”

“Everybody is so hyped up on the fact that I post photos where my butt’s out. It’s a butt. Everyone has a butt,” the 18-year-old actress continued. “I don’t think it’s crazy.”

Winter has proudly shown off her curves in low-cut tops, super short shorts and bikinis in a slew of skin-baring selfies over the last few months, but for her, it’s all about living life the way she wants to. She doesn’t understand why people feel the need to hate.

“It’s like, ‘Let me live! I’m enjoying my life, you’re enjoying your life, you should be posting your butt if you like it, too!’” she explained.

While Winter has routinely fires back at body shamers who have tried to make her feel bad about her figure or clothing choices, she says she doesn’t bother engaging with people who leave negative comments on her pics.

Having grown up in the public eye on “Modern Family,” Winter said that she’s “struggled” with her body image for years, but credited some of her strong female colleagues for helping her come to accept and embrace her appearance.

“I really had the greatest opportunity to have some wonderful role models, especially Sofia Vergara,” Winter shared. “Working with a curvy beautiful woman that everybody looked up to and loved the way she looked … that was my inspiration to move forward and accept myself because that’s what matters.”

Winter has also been in a rumored romance with actor Sterling Beaumon in recent months, but she shot down speculation, explaining, “We’ve been best friends for 10 years. We’re not dating. We see each other every day but no, we’re like literally best friends.”

In fact, Ariel said she’s currently single, but she’s “open to meeting anybody.”

“I’ve just kinda like been single for a little while now,” Winter said. “I’ve enjoyed it, and if something happens, it happens.”