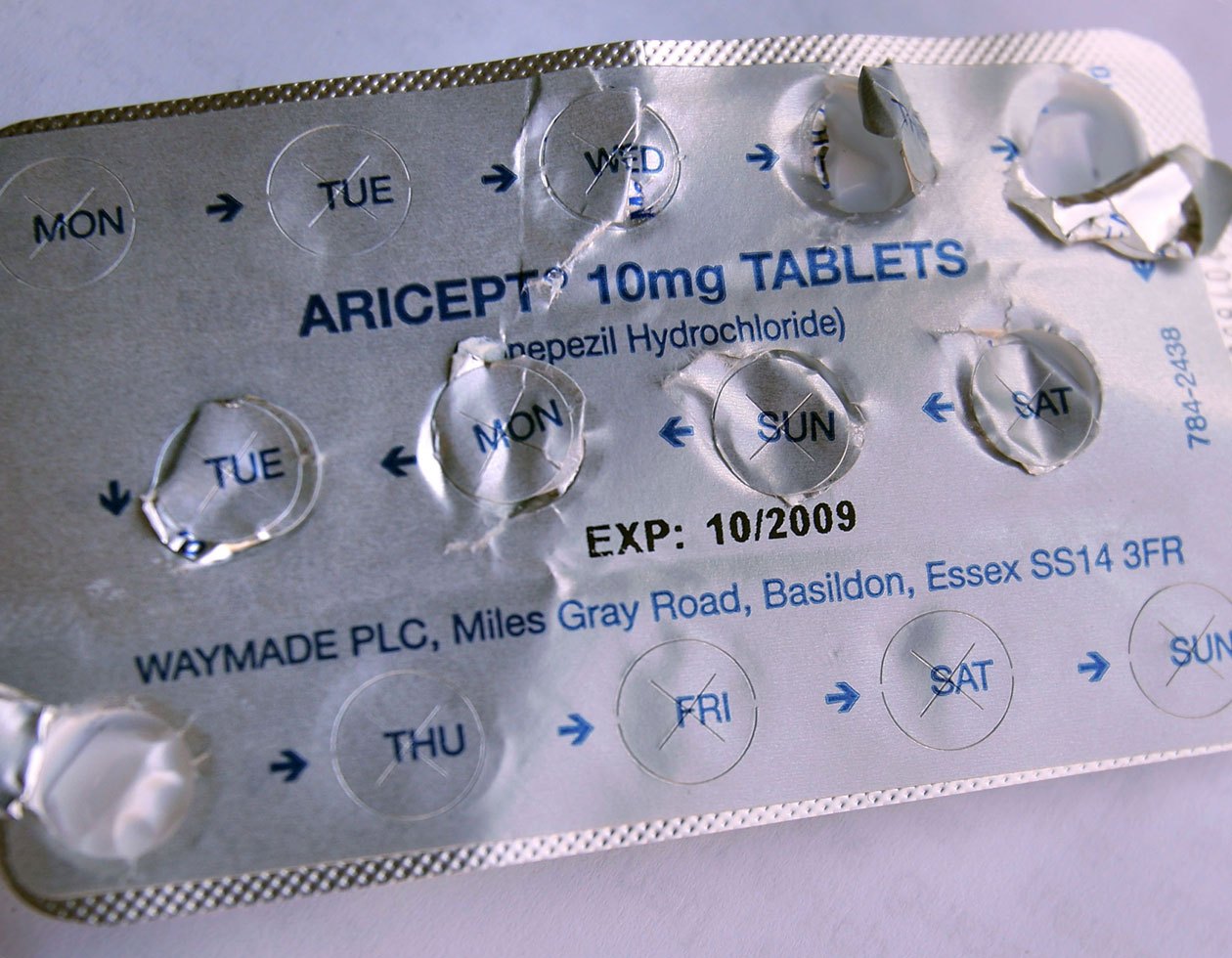 (CBS/AP) Alzheimer's disease patients who are taking a commonly prescribed drug can still benefit from it after they progress to moderate-to-severe illness, when it can be tough to tell whether it's doing any good, a new study says.

The study of Aricept also found some benefit if the patient switches to another frequently used drug, Namenda. But it found that combining the two drugs, a common strategy in the United States, was not significantly more effective than using Aricept alone.

That last finding conflicts with an earlier study, and experts said it would probably not change what most doctors do in the United States.

Aricept, also known as Donepezil, is used to treat dementia associated with Alzheimer's, according to the National Institute of Health. It has been shown to improve mental function, improving the ability to think, remember and slow the loss of mental functions. IT also has been proven to improve sleep apnea in some patients, according to a study published in Chest in 2008.

The overall study results generally provide statistical support for what most doctors recommend, said Dr. Ronald Petersen, director of the Mayo Alzheimer's Disease Research Center at the Mayo Clinic. He didn't participate in the research.

More than 5 million Americans have Alzheimer's, which is roughly 1 in 8 people according to the Alzheimer's association. It is the sixth leading cause of death in the U.S. The progressive disorder impairs memory, judgment and other mental abilities. Treatments can only ease symptoms rather than reverse a patient's overall decline.

The new research is reported in Thursday's issue of the New England Journal of Medicine by scientists in the United Kingdom. It involved 295 patients who had moderate or severe Alzheimer's and had been taking Aricept, also known as donepezil, for at least three months.

The patients were randomly assigned to continue on Aricept, switch to Namenda, take both, or take only placebo pills. Then they were followed for a year and tested on mental prowess and ability to carry out daily activities.

Results showed that continuing on Aricept gave a modest benefit over taking no drug, while switching to Namenda, also called memantine, provided a lesser one. While an analysis found no evidence that combining the drugs gave a significant benefit over just continuing Aricept, it may have included too few patients to demonstrate a difference, said study author Dr. Robert Howard of the Institute of Psychiatry at King's College London.

A separate analysis indicated each drug provided an independent benefit, Howard said, so he still recommends combining them if possible in moderate to severe Alzheimer's.