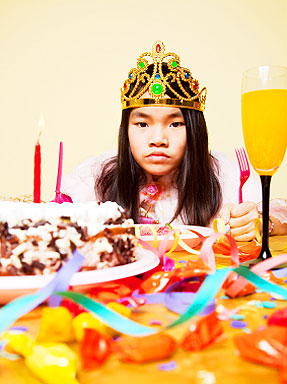 It seems like when I truthfully state my work experience from other employers and from my apartment-building-owner/landlord mother, I never get job interviews or the job 99 percent of the time (high job or low job). I am university educated, worked for private sector companies and government in temporary jobs. I did election volunteer work for politicians that were known to my parents. Wouldn't some of this name dropping at least push some people's buttons in my favor?

When I do get a job, bosses, supervisors, team leads and staff workers seem like they want to avoid talking to me, or being in the room with me, as if they were afraid of me or something. I find I have to deal with my bosses and some peers like a poker player or politician and be Machiavellian. The amount of workplace politics I have to play is incredible just to protect myself from the games of others. I'm not desperate for jobs to survive because of my resources, but this gets a little old and boring. I'm always passed over for the best assignments and promotions. People say I always have a serious, all-business demeanor in my facial expression.

I like to have more than one part-time job for "leverage," as opposed to one full-time job. One job alone is a weak position with nowhere to go if it goes bad. More than one part-time job means you can play your multiple bosses against each other for the best deal if any of them becomes unreasonable. They can't back you into a corner and try to take advantage of you. Don't tell each of your bosses who you work for, be vague and keep them on the edge, and you can pull their strings easier, if necessary. Nice or bad bosses will toss you away if it benefits them. They are not 100 percent loyal to you. Why would you be 100 percent loyal to them?

That is my general work-life strategy. It had worked well in the past, until around 2010 when the world economy really crashed. I could have gotten some nice jobs if I would have given up my multiple-job leverage system, as their HR people wanted me to do. However, that would have left me without backup. Why would I give up my jobs-leverage strategy, since as a landlord kid with background resources, I can wait for the ideal multiple part-time job-mixture? How do you feel about this tactical plan for an uncertain work world?

I think you're a spoiled rich kid who has had everything placed in your lap your entire life, and now that that is not happening, you're freaking out. You know what I want to see on a resume? That you've worked. Not that you volunteered on some random politician's campaign. If you worked on the campaign, I want to see what your results were and how you succeeded. I don't care what politician it was. And in reality, most businesses couldn't give a flying fig if you worked on a state senate campaign.

5 signs that you're the problem
Why aren't you getting the job? Because you're a jerk
How to get your boss fired

You mentioned twice that your mother is a landlord. My mom is a registered nurse, and while I can take blood pressure like a pro, you don't want me coming at you with a needle. Your mom's job, regardless of how much it influenced you, is utterly irrelevant to your job hunt. It should not come up in any question regarding your employment at all unless what you did is relevant. For example you can put it on your resume if you did work for your mother:

Otherwise, it does not belong.