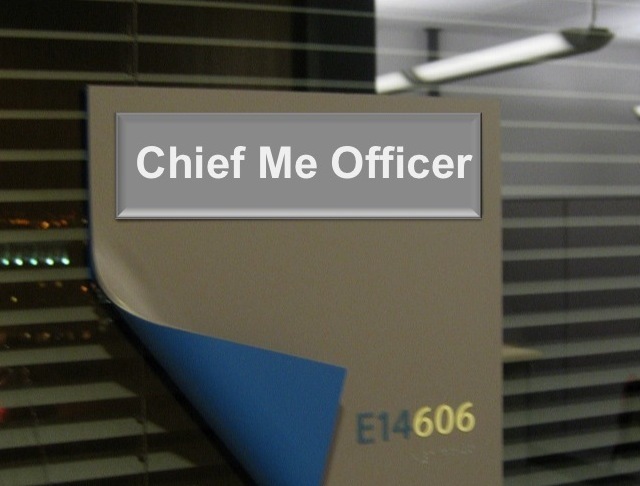 (MoneyWatch) COMMENTARY Titles are an important aspect of organizations, businesses, and companies. They indicate a certain level of achievement, authority and responsibility.

Sure, they're a bit subjective and they certainly don't tell you everything you need to know about people. But over the years, titles have proven to be a pretty good system of helping to identify who does what. At least they used to be.

In many ways, the system appears to be broken or at least breaking. Title inflation, self-proclaimed titles, and title overexposure are the cause. When titles are overused or abused, they lose their meaning.

It's the same with school grades. The two problems are definitely related -- evidence of a societal and cultural shift, a flattening out or leveling of the playing field, if you will. As for the root cause, that's a can of worms I'd just as soon save for another time and place.

6 ways to get shy employees to speak up

Today, I'd like to focus on what's happening in the business world and provide a little common sense advice for business leaders, executives, up-and-comers, and those who don't deserve a big title but think they should have one anyway. Here are seven examples of title inflation, overuse and abuse:

You've got a degree; good for you. Lately, people are listing all sorts of academic degrees and obscure certifications after their names on LinkedIn. MBA, MA, PE, PMP, CPCC, MPS, HCS -- who knows what all this esoteric stuff means? You've got a degree. So what? For ages I've advised CEOs and other top executives to lose the PhD on their bios. Why? It's pretentious and comes across like you can't stand on your own and need the label to prop you up. Anyone who advises you to do it is a dope.

Anyone with a Twitter account and a blog is a CEO. This has to be the absolute pinnacle of entitlement. They should just call themselves Chief Me Officer and be done with it. Let me explain something here. CEO is a title that refers to an officer of a corporation. President Obama may run the executive branch of the U.S. government with millions of employees, but even he isn't a CEO. Got a small business, a sole proprietorship, or an LLC? Call yourself whatever you want -- president, owner, partner -- but you're not a CEO, just annoying.

Corporate title inflation. Apple, the world's most valuable company, has a CEO, a CFO, seven senior vice presidents, and about 70 vice presidents. That's it. I know companies that are a tiny fraction of Apple's size with more VPs. Some have several layers of VPs, presidents of divisions, more managers than workers, and every kind of Chief Whatever Officer you can think of. Ever heard "keep it simple, stupid?" It works for organizations, too. Organizational complexity kills companies.

Gurus. Leadership, Gen Y, personal branding, social media, whatever. If you have to bestow a title like "guru," "visionary," or "expert" upon yourself, you're not only narcissistic, you're telling the whole world that you have no self-esteem or self-confidence, thus the shameless, over-the-top self-promotion. Here's a tip: Nobody who deserves to be called "expert" really thinks of himself that way. The most accomplished people are always aware of how much they don't know. It's called humility. Get some.

Serial CEOs and entrepreneurs. For one thing, most entrepreneurs have founded or cofounded plenty of startups and probably half of all CEOs have run more than one company, so the term is more or less superfluous. That said, I don't begrudge truly successful CEOs or entrepreneurs the right to use the term. But founding or running three two-person businesses for a few months doesn't make you a CEO or an entrepreneur, let alone a "serial" anything.

The entire banking industry. The all-time leader in title abuse, the banking industry, just becomes more and more ridiculous every year. When Greg Smith blew the whistle on Goldman Sachs, the media called him an executive. Indeed, he was an executive director in Europe, the equivalent to a vice president in the U.S. But get this: Goldman has about 12,000 VPs. That's more than a third of the company's 32,000 employees. Does it fool anybody? Really?

Got a good title inflation, overuse, or abuse story? Fill us in.