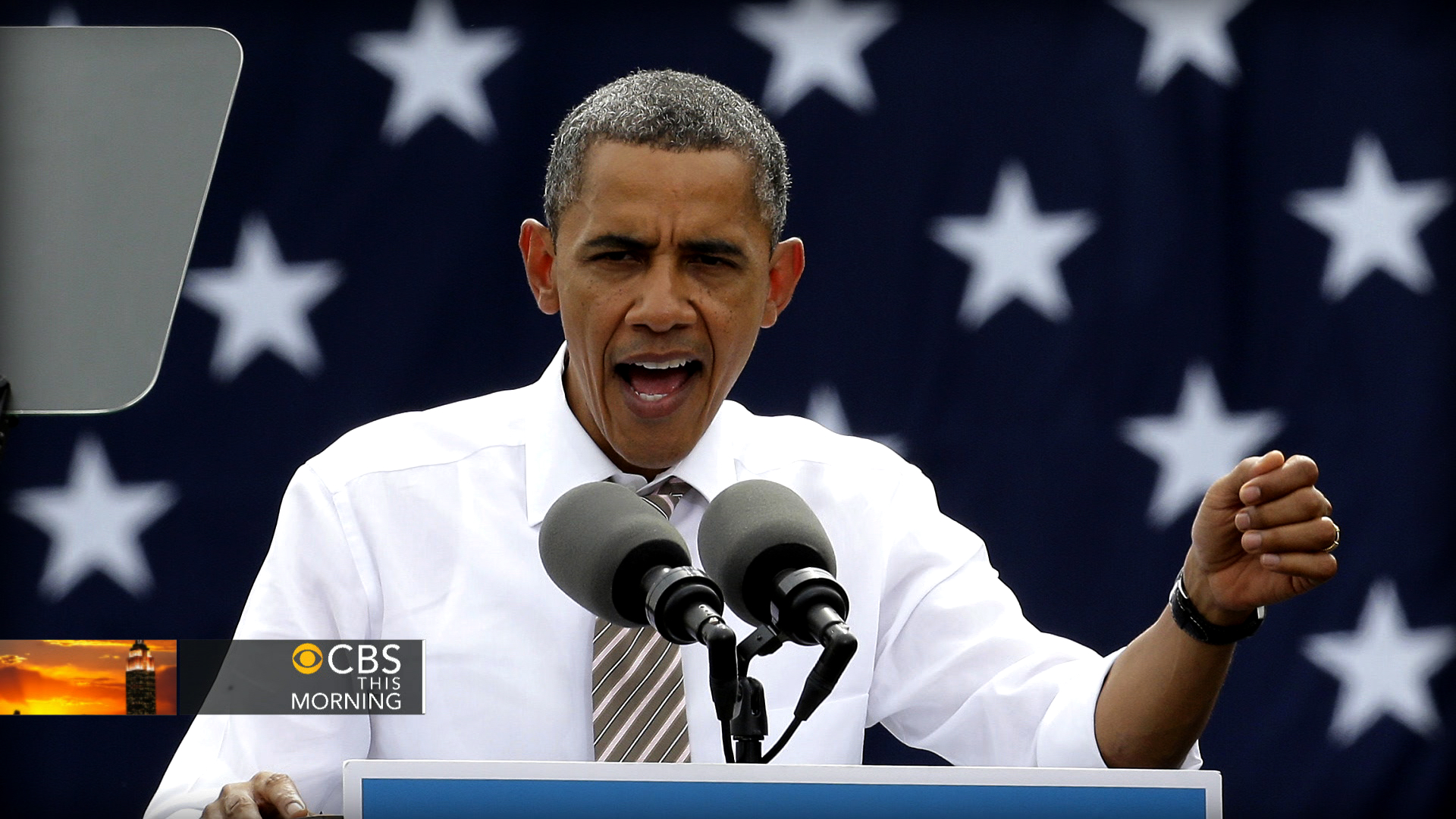 (CBS News) As Democrats are gathering in Charlotte, N.C. to tell America why they want President Obama to be re-elected, the campaign has had a few fumbles answering the traditional question, "Are you better off now than you were four years ago?"

Biden: We are better off, "bin Laden is dead and General Motors is alive"

Democrats seem to have figured out their answer to that question and it's "Yes." Though, they add, there is more work to do. That's been the president's message as he barnstorms in a host of battleground states looking to build momentum for this all-important convention.

Maryland's Democratic Gov. Martin O'Malley had some explaining to do after CBS News' Bob Schieffer asked him the question Sunday.

He said, "No, but that's not the question of this election."

He quickly backtracked via Twitter and a round of TV appearances.

"What I should've said was look, we're clearly better because we're now creating jobs as a country, instead of losing jobs," O'Malley told Charlie Rose.

By some measures, Americans are better off. Median home prices are up $17,000 from four years ago. After a steep slide, there are now 300,000 more private sector jobs than when the president took office.

But the median household income has dropped by $4,000. And the unemployment rate has risen from 7.8 percent to 8.3 percent.

Republican Mitt Romney was taking a Labor Day break in New Hampshire. But his campaign seized on the issue, with vice presidential candidate Paul Ryan leading the attack.

"Every president since the Great Depression who asked Americans to send them into a second term could say that you are better off today than you were four years ago except for Jimmy Carter and President Barack Obama," Ryan said.

The president stayed out of the larger battle, but told autoworkers they are better off thanks to his bailout of the auto industry.'

"I believed in you. I bet on you," Obama said. "I'll make that bet any day of the week. And because of that bet, three years later, that bet is paying off for America."

It was Vice President Joe Biden, though, at a cheering crowd of 3,500 people in Detroit, that may have had the snappiest answer to the question.

"You want to know whether we're better off? I've got a little bumper sticker for you: Osama Bin Laden is dead and General Motors is alive."

For Nancy Cordes full report, click on the video above.