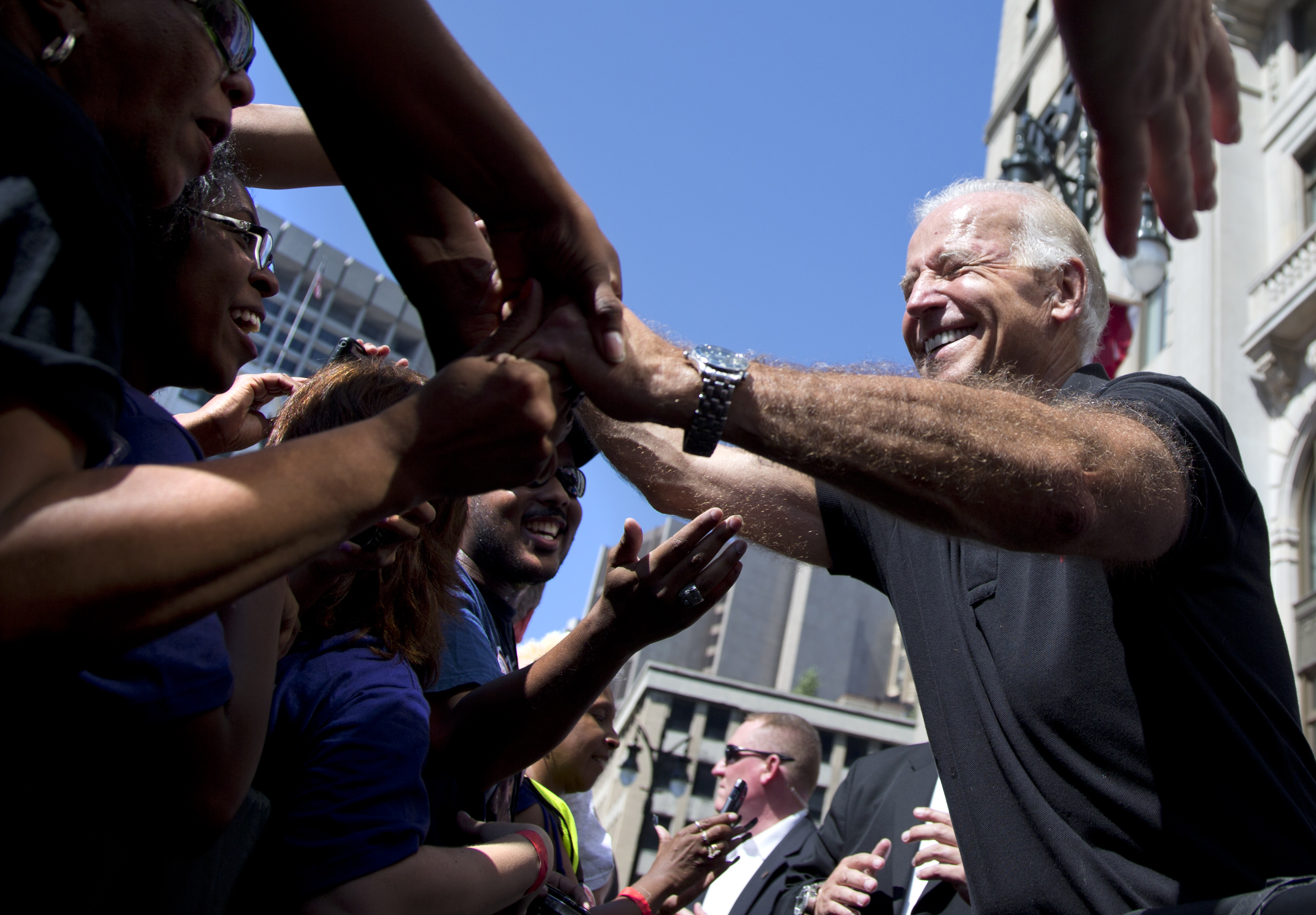 (CBS News) Vice President Joe Biden aggressively defended the Obama administration's record on Monday in the wake of another leading Democrat flubbing the "Are you better off" question over the weekend.

"You want to know whether we're better off?" Biden said to a cheering crowd of about 3,500 people in downtown Detroit. "I've got a little bumper sticker for you: Osama bin Laden is dead and General Motors is alive."

The vice president spoke at a Labor Day rally of AFL-CIO workers, where many wore union T-shirts, Tigers baseball caps and even a few firefighter helmets. Biden reaffirmed the administration's support of unions and hit back at Republican attacks on President Obama's "you didn't build that" comment. He also suggested that Republican nominee Mitt Romney would be no friend to labor in the White House.

"Look folks, we know who built this country and we know who is going to re-build it. It's you," Biden said. "Instead of vilifying you, we should be thanking you. We owe you."

"Folks, you're the reason that the automobile industry is back. Whether it was the wage freezes, the plant closures, folks, you sacrificed to keep your companies open," Biden said. "Because of your productivity, the combined auto companies have committed to invest another $23 billion in expansion in America."

Of Romney and vice presidential nominee Paul Ryan, he said, "They don't believe in your very right to bargain. ... They view you, the working men and women of America, as the problem. You're the solution in America."

President Obama has been on the defensive since the weekend when his political surrogates seemed unprepared for a standard question of modern presidential elections. Maryland Gov. Martin O'Malley was asked on CBS News' "Face the Nation" whether people are better off today than they were four years ago. O'Malley answered, "No, but that's not the question of this election."

Romney campaign spokesman Amanda Henneberg issued a statement in response to Biden's speech that said, in part, "The truth is that the middle class has been crushed in the Obama economy. Unemployment remains high, incomes have fallen, and gas prices have doubled. Americans aren't better off than they were four years ago, and they deserve a president who recognizes that."