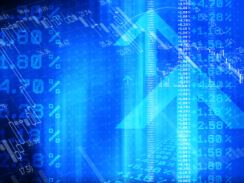 (MoneyWatch) A recent USA Today article says that the recent rise in stocks can be explained by one simple factor -- companies repurchasing their own stock. "Last year, companies in the Standard & Poor's 500-stock index spent $404.2 billion to buy their own company's stock, nearly double the amount back in 2009... .," the piece notes as its critical piece of evidence positing a direct link between stock buybacks and the buoyant market performance of late.

The implication: Companies are creating demand for their own shares, pushing up stock prices. That sounds plausible, but it's not not supported by the facts. Look at the following chart of S&P 500 buybacks since 1999, with buybacks shown as a percent of outstanding shares.

As the data makes clear:

-- Stock buybacks peaked just before the stock market crashed in 2008

-- Buybacks plunged in 2009, as stock prices were surging

In fact, if one were searching for patterns here, the high level of stock buybacks would have predicted a market decline or plunge.

Lesson: Don't be a junkie

A corollary that lesson -- people who know they don't know will profit from those that think they do. Why is the market up? I have no idea!