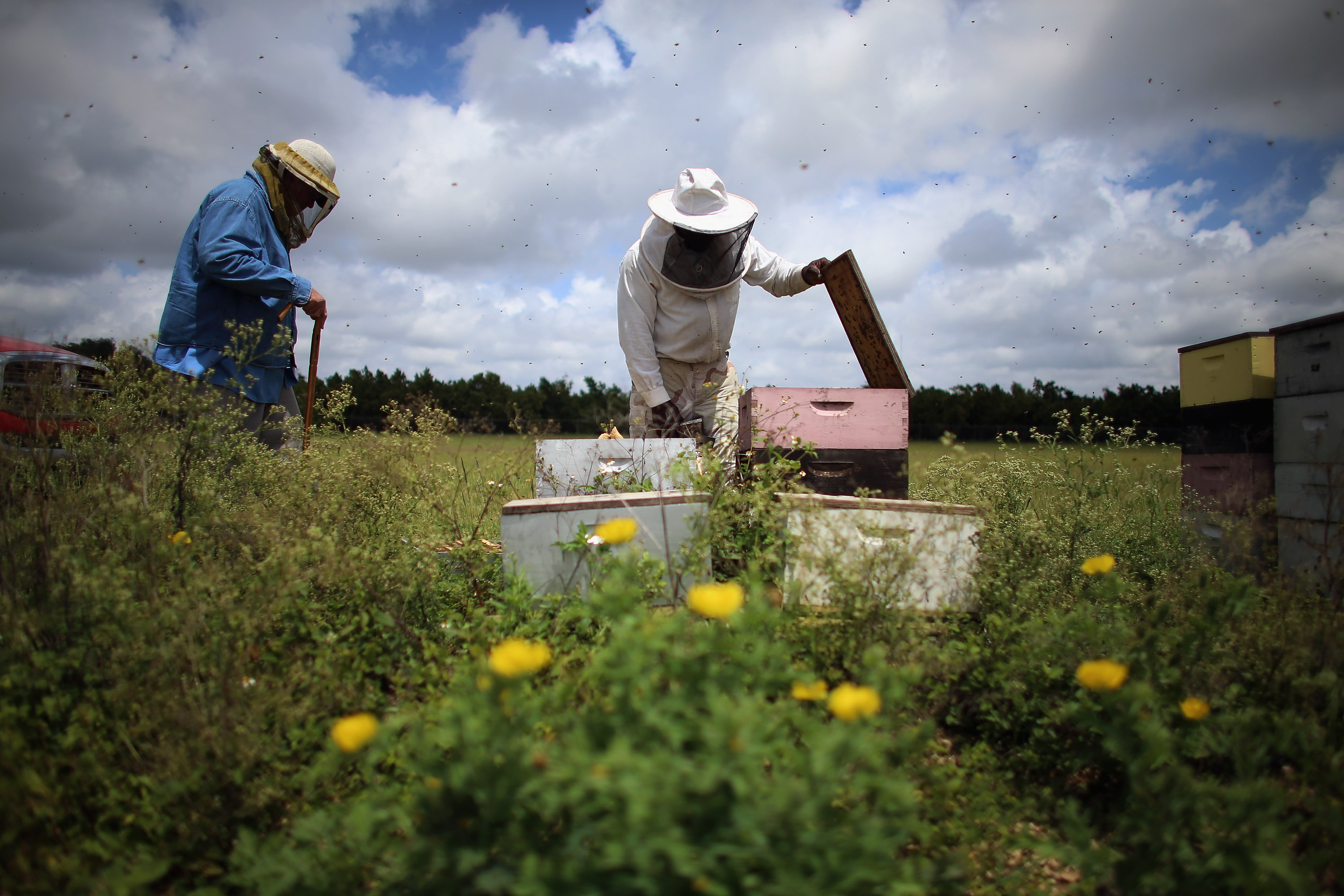 Pesticides appear to play a key role in killing off the honey bee population, according to a new study from Harvard University. The authors wrote that pesticides might lead to '"impairment of honey bee neurological functions, specifically memory, cognition, or behavior."

This finding supports previous studies that established a link between chemicals used on crops with colony collapse disorder (CCD). The bees are often exposed to the pesticides when chemically treated plants, such as corn, release pollen into the air. Bees do not pollinate corn, but the corn's pollen makes its way onto flower and other crops, where the bees are exposed.

CCD has been devastating the U.S. honey bee population since at least 2006. The mysterious disorder causes honey bees to disappear from their hives, and their bodies are rarely found. Experts have floated several theories for CCD, including disease, parasites, stress, and lack of access to food sources. Others have suggested that there is a combination of factors, including exposure to pesticides. Theories like interference from cell phone towers have even been considered and discounted.

In February, the U.S. Department of Agriculture announced that it is investing $3 million into efforts to protect the honey bee population. CCD has escalated winter time honey bee loses by as much as 30 percent each year.

This latest study, published May 9 in the Bulletin of Insectology, pinpoints two types of neonicotinoid pesticides as lethal agents. Imidacloprid and clothiandin have the greatest impact on healthy hives during winter months, the study concluded.

By the next spring, half of the colonies of the insecticide-treated hives had disappeared. Those remaining in the hives were not healthy. The bees in one of the untreated colonies also died off, though evidence points to a parasite rather than CCD, because their bodies remained in the hive.

The authors wrote that the study results "reinforce the conclusion that sub-lethal exposure to neonicotinoids is likely the main culprit for the occurrence of CCD."

One piece of evidence that did not comply with previous findings is that long-term exposure to small doses of neonicotinoids did not compromise the bees' immune systems. The hives became infected just as often when there were no neonicotinoids present. This only means more research is needed, as "neonicotinoids are causing some other kind of biological mechanism in bees that in turn leads to CCD," according to the authors.

Several critics have voiced concerns that the study sample size is too small, and that it did not control for other potential reasons why honey bees abandon hives.

In explaining the criticisms, The Examiner's James Cooper wrote, "A couple of red flags here to the credulous press: Lu is not an entomologist, and the journal, Bulletin of Insectology, is an obscure Italian journal published at the University of Bologna." He also cited another possible explanation. "In fact, what seems to have happened is that as the bee colonies declined as winter approached, there were fewer bees eating the same amount of insecticide, which eventually killed them."

Further, he noted that the chemicals are banned in the European Union, yet CCD has still been observed in France every year. They are legal and widely used in Canada and Australia, yet beekeepers in those areas have not reported CCD.

The debate over the validity of the science is often fueled by what the organization Friends of the Earth (FOE) calls "tobacco-style PR tactics" employed by pesticide companies. FOE suggests that the companies aim to "delay action and manufacture doubt about the science linking pesticides to the bee crisis" in order to protect commercial interests.

Later this week, the USDA will release its annual report on honey bee overwintering losses.