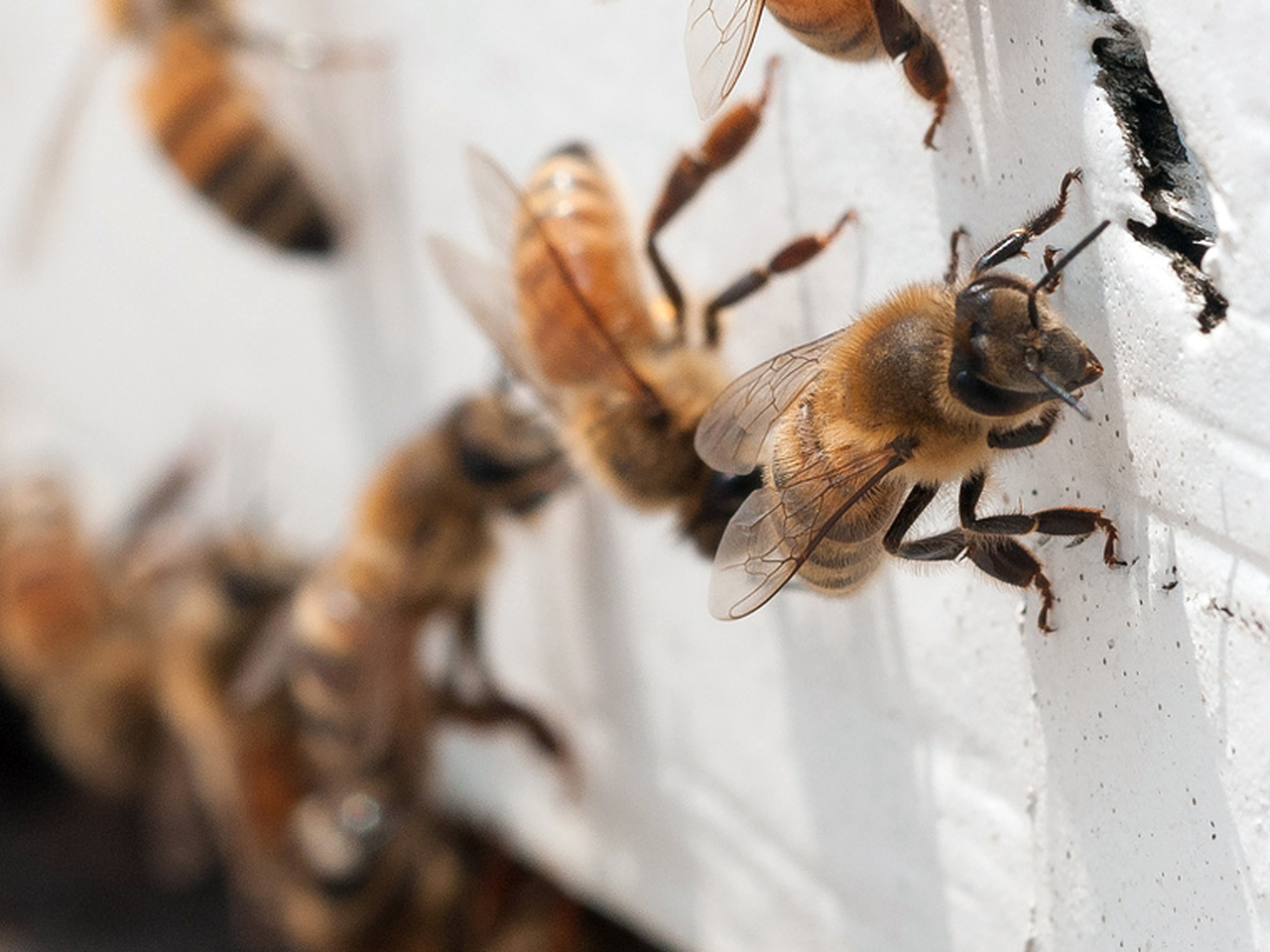 MILWAUKEE - The U.S. Department of Agriculture announced Tuesday it will spend millions of dollars to help farmers and ranchers improve pastures in five Midwestern states to provide food for the nation's struggling honeybees.

Commercial honeybees pollinate an estimated $15 billion worth of produce each year. Many beekeepers bring hives to the Upper Midwest in the summer for bees to gather nectar and pollen for food, then truck them in the spring to California and other states to pollinate everything from almonds to apples to avocadoes.

But agricultural production has been threatened by a more than decade-long decline in commercial honeybees and their wild cousins due to habitat loss and pesticide use. Colony collapse disorder, in which honeybees suddenly disappear or die, has made the problem worse, boosting losses over the winter to as much as 30 percent per year.

The USDA hopes to stem those losses by providing more areas for bees to build up food stores and strength for winter. The new program will be "a real shot in the arm" for improving bees' habitat and food supply, said Jason Weller, chief of USDA's Natural Resources Conservation Service.

Dairy farmers and ranchers in Michigan, Minnesota, Wisconsin and the Dakotas can qualify for about $3 million to reseed pastures with alfalfa, clover and other plants appealing to both bees and livestock. Farmers also can get help building fences, installing water tanks and making other changes that better enable them to move their animals from pasture to pasture so the vegetation doesn't become worn down. The goal is to provide higher quality food for insects and animals.

The USDA is focusing on those five states because 65 percent of the nation's estimated 30,000 commercial beekeepers bring hives there for at least part of the year. With limited funds, Weller said, the goal is to get the biggest payoff for the investment.

Corn, soybean and other farmers can qualify for money to plant cover crops, which typically go in after the regular harvest and help improve soil health, or to grow bee-friendly forage in borders and on the edges of fields.

The program is just the latest in a series of USDA efforts to reduce honeybee deaths. The agency has partnered with universities to study bee diseases, nutrition and other factors threatening colonies. Agriculture Secretary Tom Vilsack also recently created a working group on bees to coordinate efforts across the department.

The work is already paying off with changes to once-common beekeeping practices, such as supplementing bees' diet with high-fructose corn syrup, said David Epstein, a senior entomologist with the USDA. He noted that the quality of bees' food is as important as the quantity.

"You can think of it in terms of yourself," Epstein said. "If you are studying for exams in college, and you're not eating properly and you're existing on coffee, then you make yourself more susceptible to disease and you get sick."

Tim Tucker, who has between 400 and 500 hives at sites in Kansas and Texas, said he may take some of his bees to South Dakota this year because the fields around his farm near Niotaze, Kan., no longer provide much food for them.

"There used to be a lot of small farms in our area that had clover and a variety of crops, whereas in the last 20 years it's really been corn, soybean and cotton and a little bit of canola," Tucker said. "But those crops don't provide a lot of good nectar and pollen for bees."

Tucker, who is president of the American Beekeeping Federation, said the last "really good" year he had was 1999, when he got more than 100 pounds of honey per hive. Last year, he averaged about 42 pounds per hive.

He hopes dairy farmers, beef cattle ranchers and others will sign up for the new USDA program by the March 21 deadline.

It's not a "cure all," Tucker said, but "anything we do to help provide habitat for honeybees and for native bees and pollinators is a step."

Trump kicks off 2024 presidential campaign in New Hampshire and South Carolina
Thanks for reading CBS NEWS.
Create your free account or log in
for more features.
View CBS News In
CBS News App Open
Chrome Safari Continue
Be the first to know
Get browser notifications for breaking news, live events, and exclusive reporting.