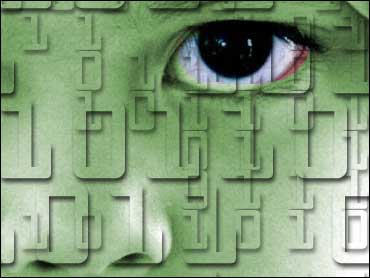 Almost every lesson on Internet safety warns against posting personal information such as phone numbers and school names.

Researchers are now suggesting, though, that such advice, however well-intentioned, doesn't necessarily make children safer from predators and related threats.

In a recent study published in the Archives of Pediatrics and Adolescent Medicine, researchers found no evidence that sharing personal information increases the chances of online victimization, such as unwanted sexual solicitation and harassment.

Rather, victimization is more likely to result from other online behavior, such as talking about sex with people met online and intentionally embarrassing someone else on the Internet.

"For a long time, we really didn't know," said Michele Ybarra, one of the study's authors. "It made sense if you post or send information you increase your risk. It's also a very easy message: Don't post personal information and you'll be safe."

But Ybarra, who is president of the nonprofit Internet Solutions for Kids, warned that parents and educators must now reassess the lessons, saying resources may be wasted on tips that do not address the underlying problem.

Instead of discouraging children from communicating, she said, the better approach is to teach them about what at-risk behaviors to avoid and warning signs to spot.

"We now need to be a lot more specific and accurate in our message," she said.

The research, published in February, was based on telephone surveys of 1,500 Internet users ages 10 to 17.

In a separate study of 2,574 law-enforcement agencies, researchers found that online sex crimes rarely involve offenders lying about their ages or sexual motives. The 2004 study, published in Journal of Adolescent Health, said offenders generally aren't strangers, and pedophiles aren't luring unsuspecting children by pretending to be a peer.

The research also found that online victims tend to be teens with troubles offline, such as poor relationships with parents, loneliness and depression.

"A lot of parents, I think, can breathe a big sigh of relief," said Anne Collier, editor of the online newsletter Net Family News. "If their kids are just socializing with their friends online, they are going to be fine."

Nancy Willard, author of "Cyber-Safe Kids, Cyber-Savvy Teens," said predators don't need to be snatching kids by piecing together clues from personal information when they can go for the low-hanging fruit — the teens specifically engaging in at-risk behavior, such as posting sexually provocative images in their profiles.

Many Internet-safety experts remain skeptical that parents and educators can let their guard down on the posting of personal information at sites like Facebook and News Corp.'s MySpace.

"The only way they can get into trouble is if they end up meeting the stranger, and that's going to come from giving out personal information," said Susan Sachs, chief operating officer with the nonprofit Common Sense Media. "It's pretty clear to connect the dots between personal information and predators."

Monique Nelson, executive vice president of the Internet safety group Web Wise Kids, said kids "don't have the sense of ... knowing when a predator would be grooming them" so a blanket message against posting personal information is a good first line of defense.

Amanda Lenhart, a senior research specialist at the Pew Internet and American Life Project, agrees that the attention on personal information may be misplaced, but she said caution may still be wise.

"There is something to be said for preserving your privacy for other reasons," Lenhart said, noting that too much information could come to haunt teens when they apply for college or jobs. "Safety is not necessarily the No. 1 reason."