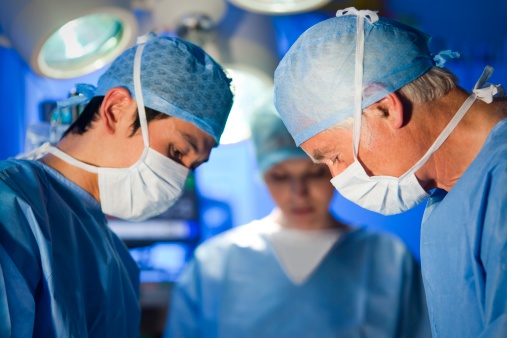 More than one-third of total knee replacements performed in the U.S. were deemed "inappropriate" in a new study that used a patient classification system to weigh the risks and benefits.

The study, published June 30 in the journal Arthritis & Rheumatology, looked at 175 people who underwent total knee replacement surgery. The patients were enrolled in the Osteoarthritis Initiative -- a 5-year study funded in part by the National Institutes of Health. The average age of knee replacement patients in the group was 67 years old, and 60 percent of the patients were women.

The study looked at how patients scored on measures of pain and physical function; knee motion and laxity; radiography; and the patient's age.

The study found that only 44 percent of surgeries were classified as appropriate, meaning the expected benefits outweighed the likely risks for that patient. In 34 percent of cases evaluated, the surgery was deemed to be inappropriate, with expected risks outweighing the benefits. The rest of the cases, 22 percent, were considered inconclusive, with risks and benefits approximately equal.

"Our finding that one third of knee replacements were inappropriate was higher than expected and linked to variation in knee pain OA [osteoarthritis] severity and functional loss," study author Dr. Daniel Riddle at the Department of Physical Therapy at Virginia Commonwealth University in Richmond said in a statement. "These data highlight the need to develop patient selection criteria in the U.S."

The researchers called for an update of the criteria by which patients are now evaluated before undergoing knee replacement surgery.

More than 600,000 knee replacements are performed in the U.S. each year, according to the Agency for Healthcare Research and Quality. In the past 15 years, the number of knee replacement surgeries has risen significantly, and studies have shown that Medicare-covered knee replacement surgeries increased by 162 percent annually between 1991 and 2010. Some experts believe the increase stems from the use of an effective procedure, whereas others argue that there the surgery that relies on subjective criteria has in fact been overused.

"We should be concerned about offering total knee replacements to subjects who endorse 'none' or 'mild' on all items of the WOMAC [Western Ontario and McMaster Universities Arthritis Index; used to assess patients with osteoarthritis] pain and function scales," Dr. Jeffery Katz from the Orthopedic and Arthritis Center for Outcomes Research at Brigham and Women's Hospital in Boston, who was not involved in the study, wrote in a related editorial.