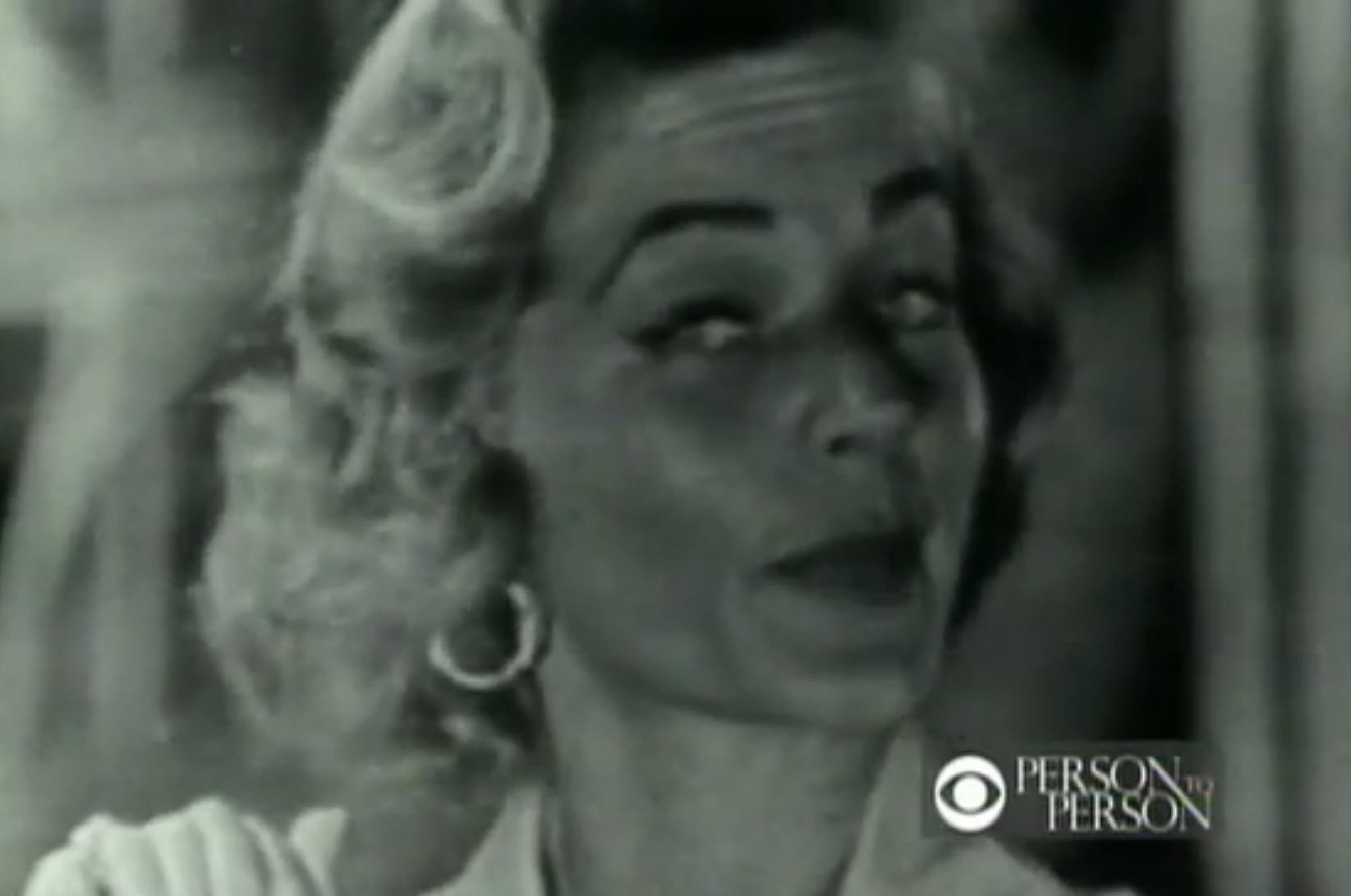 Portrait of a Hollywood power couple: Both at the height of their careers, Lauren Bacall and her then-husband Humphrey Bogart were among the hottest tickets in film during the postwar era.

Bacall and Bogart spoke with CBS' Edward R. Murrow in 1954 from their home in California for the network's groundbreaking interview show "Person to Person."

Then about 30 years old, Bacall shows Murrow a bracelet given to her by Bogart to honor her role in "To Have and Have Not," their first film together. She says it was prompted by her famous "whistle" line from the film and quotes it to the newsman.

They disagree on living in New York (Bacall with an emphatic "yes" and Bogart grunting "no"), and on doing Broadway shows (same response).

Later Bogart begins to give an abridged tour of their home, which includes an empty room of artwork purchased in Paris, while Bacall brings in their two children Stephen and Leslie.