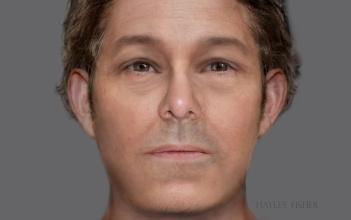 While excavating a primary school playground in Scotland last year, archaeologists unearthed ancient human bones. They now believe the remains may be those of a 16th century pirate.

Workers were preparing to construct an extension at Victoria Primary School near the harbor of Newhaven, one of Scotland's historic fishing villages, when they found the bones.

Using carbon dating, archeologists determined the skeleton was from the 16th or 17th century and belonged to a man in his 50s. Because of the way he apparently died, they suspect he was a pirate or a criminal.

The City of Edinburgh Council says that a gibbet, a type of gallows commonly used to execute witches and pirates, stood near Newhaven's dockyard 600 years ago. Experts say that the man may have been executed in the gibbet for criminal behavior and his body discarded in a nearby wasteland. They also note that the condition of the man's bones, its location to the sea, and his shallow, unmarked grave indicate that after the likely execution, the body may have been put on display to deter other pirates.

Forensic artist Hayley Fisher worked with archaeologists to create a facial reconstruction of the skull. Then she produced a composite drawing of what he may have looked like - a sort of "mugshot" for a suspect figure from the distant past.

"Edinburgh has an undeniably intriguing past and some of our archaeological discoveries have been in the strangest of places," Richard Lewis, Culture Convener for the City of Edinburgh Council, said in a statement.

"Thanks to carbon dating techniques, archaeologists now know that the skeleton was likely to have been a murder victim - and quite possibly a pirate," he said. "It's fantastic that through the Council's archaeology and museums service, we are able to investigate such discoveries and add to our understanding of Newhaven's heritage."

Laura Thompson, head teacher at Victoria Primary School, said archaeologists will hold a special lesson for children there about how they used science to analyze the remains. "It will be a good learning opportunity for them," she said in a statement.