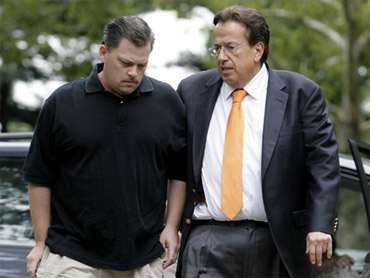 Palestinian leader Yasser Arafat said Friday he would appoint a prime minister to help run day-to-day affairs, a key reform that the United States and the European Union have demanded for months.

Arafat, speaking to reporters at his battered compound in Ramallah, did not say who the prime minister would be, when the appointment would take place or how much power the new position would have.

The move could help improve the overall climate for reviving Israeli-Palestinian peace negotiations that collapsed more than two years ago. The two sides have been holding increased contacts in recent days.

However, Israeli Prime Minister Ariel Sharon says full-fledged negotiations won't resume until the violence stops, and that he does not believe a peace deal is possible until Arafat is replaced.

Arafat made the announcement in a news conference following a meeting with European Union, United Nations and Russian diplomats at his headquarters.

"I have decided to appoint a prime minister," Arafat told reporters. "I will call for an immediate meeting of the Palestinian Legislative Council ... to discuss this decision and to take the needed measures."

It was not clear how long it might take for the new position to be created and filled.

With Israeli troops in and around many Palestinian cities, Palestinians have great difficulty in conducting everyday business. Some Palestinian legislators live in the West Bank, and other in the Gaza Strip, and the Israeli travel restrictions have made it extremely difficult for the lawmakers to meet in one place.

Saeb Erekat, the chief Palestinian negotiator, said that "President Arafat and the Palestinian Authority have proven their real intention to resume the peace process."

Erekat was asked whether the appointment was conditional on progress with the U.S.-backed peace plan, referred to here as the "road map."

"The whole issue is connected with implementing the road map," Erekat said.

European and American officials have been demanding a series of reforms by Arafat and his Palestinian Authority. One of the most important has been naming a prime minister that would share in the running of daily affairs.

Arafat has also come under pressure from Palestinians to crack down on inefficiency and corruption in the Palestinian Authority. Israel and the United States refuse to deal with Arafat directly, charging that he encourages attacks against Israel, and have called for him to be replaced or sidelined.

Arafat had hinted in recent months that he might appoint a prime minister, but he did not make any public announcement until Friday.

The envoys told Arafat they wanted him to announce his agreement to the new posts by Feb. 18, when officials of the so-called Quartet - the United States, United Nations, European Union and Russia - will meet to discuss the reforms. The Quartet is working on the rough peace plan.

The EU and U.N. officials also asked Arafat to appoint a new team for negotiations with Israel, to name a national security adviser and give the Palestinian Legislative Council more authority, the officials said.

Israeli media have reported that the Americans are pressing for the appointment of Finance Minister Salam Fayad as prime minister.