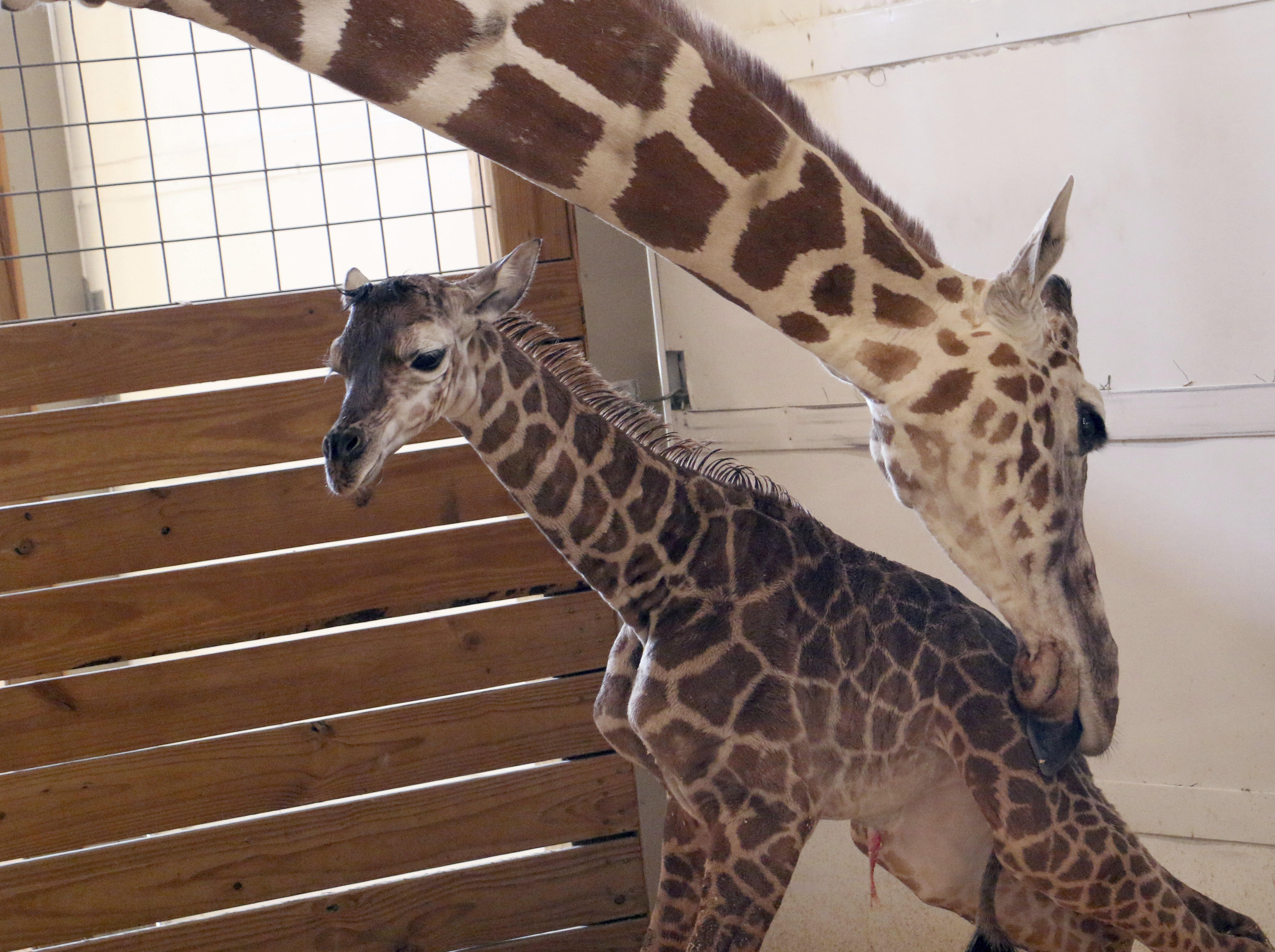 April the giraffe, who gained fame and captivated millions last year with a live-streamed delivery, is pregnant again. Baby No. 5 will arrive in spring 2019, her upstate New York zoo says.

Animal Adventure Park in Harpursville, New York, made the happy announcement live on the Today Show Wednesday morning, ending weeks of speculation. Last month, park owner Jordan Patch shared that zoologists were evaluating a month's worth of fecal samples from the 17-year-old giraffe "to test whether or not we're expecting another giraffe calf."

"The results are in, and we are having a baby," Patch announced on the Today Show.

But fans tuning into the now-resurrected giraffe cam will have to wait a while for the birth. The average giraffe pregnancy lasts about 15 months, the zoo says.

Patch said April is expected to give birth in March or April.

At least 1.2 million people watched the Adventure Park's YouTube stream of April's 2017 delivery. The calf, Tajiri, was her first to be born at the park. Tajiri celebrated his birthday in April.