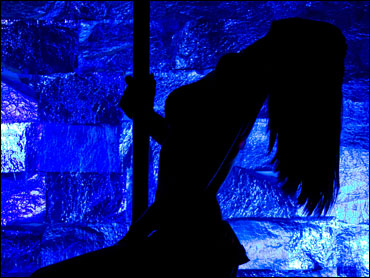 Here's a job opportunity you won't need to buy a new wardrobe for.

Hoping to take advantage of Rhode Island's floundering economy, owners of the Foxy Lady strip club in Providence plan to hold a job fair on Saturday.

They say they're looking to fill around 30 positions, from strippers and waitresses to disc jockeys and bartenders, at that club and two others in Massachusetts.

"I need more managers, I need more competent staff, and I need more attractive waitresses to go along with the ones I have right now," said co-owner Tom Tsoumas.

The naked truth is that Rhode Island's economy is among the worst in the nation, with an unemployment rate of 10.3 percent in January.

The Providence club isn't immune from the recession but is still drawing customers willing to drink and pay for lap dances, said manager Bob Travisono.

"It's taken a hit," he said. "It's not as bad as restaurants and stuff like that. In times like this, they seem to drink their sorrows away."

Tsoumas said he hopes some who might shun strip clubs when the economy is good might consider shedding their clothes now - or at least working as a floor host or bartender.