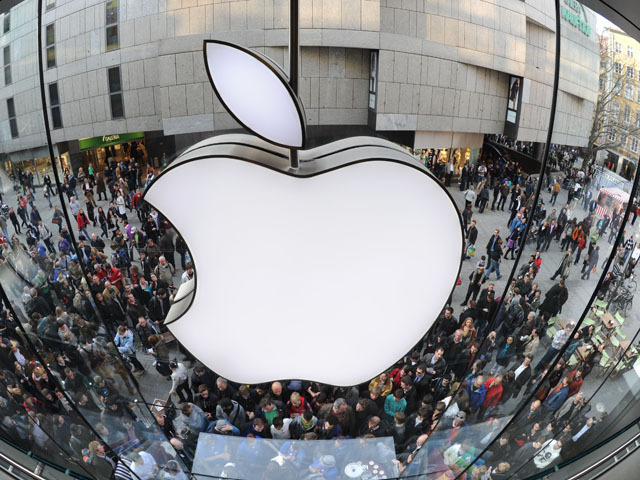 (MoneyWatch) COMMENTARY By now, everyone knows how Apple legally avoids paying billions of dollars in taxes by having offices and subsidiaries in low-tax places like Nevada and Ireland.

The New York Times article that broke the news received more than 1,340 comments, last time I looked. I guess that means everyone's had a chance to vent. Good. Now it's my turn.

Did it rub me the wrong way when I read the story? Sure. Did it get my blood pressure up? Absolutely. The real question is why?

I already knew that Apple pays a far lower tax rate than oh, say Exxon Mobil and Chevron. You know, the big bad oil companies that everyone's been demonizing lately. Together the two companies paid over $50 billion in taxes last year. Apple, the most valuable company in the world, paid $8 billion.

The double standard is annoying, but that's not what got me upset. What really got my stomach churning was a classic case of sour grapes. I may be the only one who's willing to admit this, but it's the truth, so here it is. What really bothers me about Apple avoiding California taxes by setting up shop in Nevada is that they did it and I didn't. And that's because the rules make it far easier for a corporation to do that than an individual.

You see, 15 years ago I lived and worked in Texas and commuted back to California on the weekends, so I'm familiar with all the tax rules governing that sort of thing. In any case, that situation only existed for a few years. Otherwise, I've always paid California state tax on my earnings, a combined tax rate of between 40 percent and 50 percent, depending on the year.

Not only that, but even after retiring from the corporate world, instead of living in Lake Tahoe and taking up residence in Nevada, I stayed here in California where long term capital gains balloon from the federal rate of 15 percent or 20 percent to a combined federal and state rate of 25 percent or 30 percent. For an individual or a family that depends to some extent on investment income, that's significant.

The catch, of course, is that individuals have to pay tax in the state of their primary residence. The same isn't true of companies or Apple wouldn't be able to pull off the Nevada thing when it's based in Cupertino, Calif.

Now, if Apple's tax avoidance tactics were illegal, that would be a different story. I'd be mad, but I wouldn't take it personally. But because a company can game the system by funneling revenue through one state or country rather than another, that's something I take personally because I should be able to do that too, just as easily as a company can. And so should you.

You know, when I worked for that company in Texas, a quarterback turned politician named Jack Kemp sat on our board of directors. That's when I became acquainted with the concept of a flat tax system, something that made complete sense to me. Needless to say, I'm still waiting for that to happen.

In the mean time, I'm heading to the pharmacy to get some Tums and Pepcid for my upset stomach. Want me to pick some up for you too?