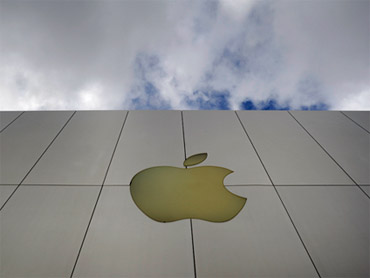 Apple Inc. said Tuesday that its net income for the holiday quarter jumped 78 percent as shoppers snapped up more iPads than analysts predicted.

The results sent shares climbing in after-hours trading. Earlier, shares slipped more than 2 percent in regular trading as investors focused on news that CEO Steve Jobs will take another medical leave of absence. Jobs has survived a rare form of pancreatic cancer and had a liver transplant in 2009.

Analysts surveyed by FactSet forecast $5.41 per share for the quarter, which ended Dec. 25.

Revenue climbed 71 percent to $26.7 billion, more than the $24.3 billion analysts expected. It was $15.7 billion in the same quarter a year earlier.

Apple sold 7.3 million iPads during the quarter, about a million more than analysts were expecting. The iPad, a touch-screen tablet computer with no keyboard, first went on sale in April and was one of the hottest gifts over the holidays.

Apple sold 16.2 million iPhones, an 86 percent increase from a year ago. Sales of Mac computers rose 23 percent to 4.13 million laptops and desktops.

Apple sold 19.5 million iPods, a 7 percent drop from a year earlier. However, people spent more on average on the devices revenue from iPods edged up 1 percent.

The Cupertino, California-based company said 62 percent of its revenue came from outside the U.S. In the Asia-Pacific segment, which includes China, Apple said revenue almost tripled. Apple said its four stores in China had, on average, highest traffic and highest revenue out of its 321 worldwide stores