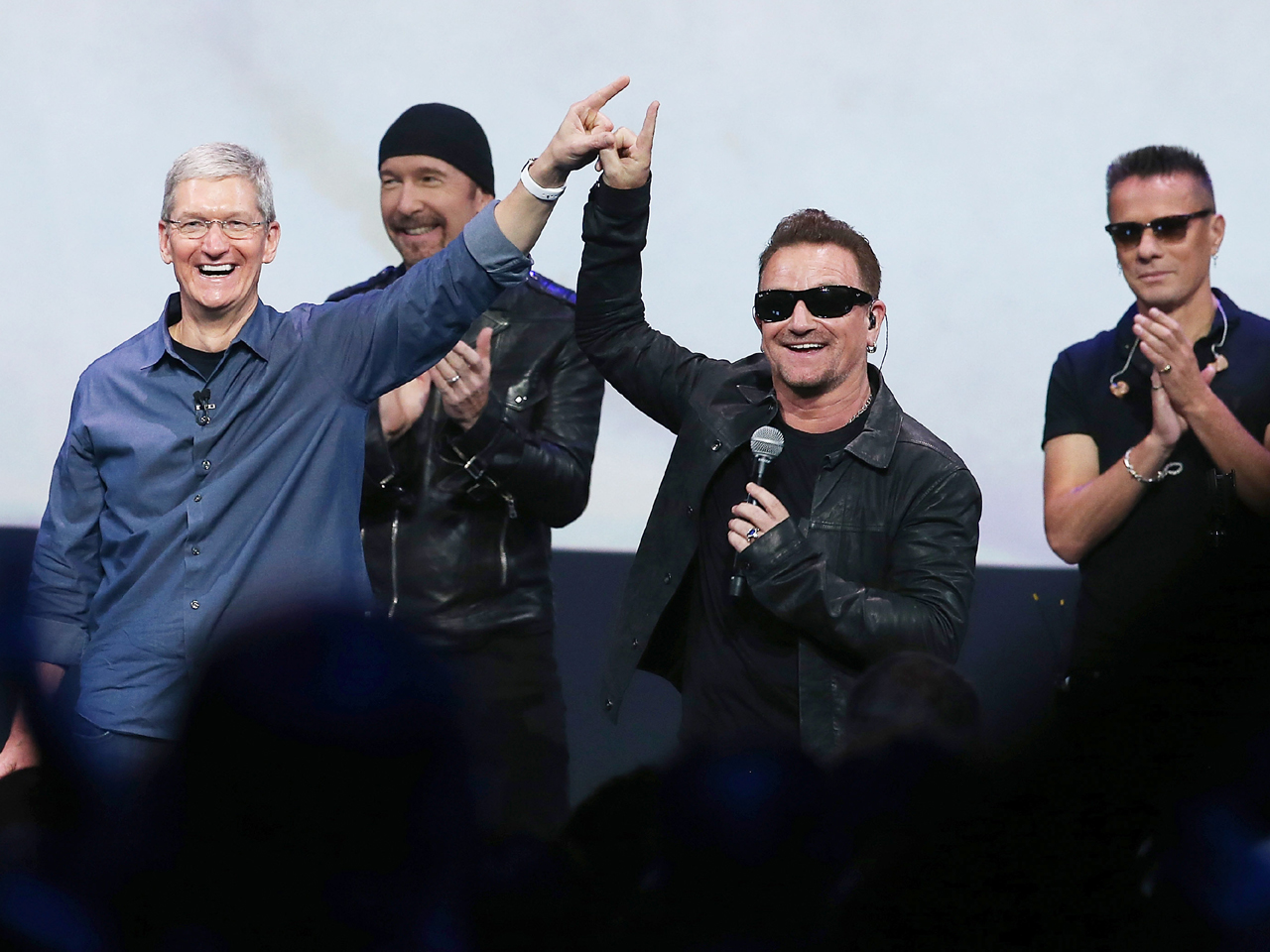 Apple (AAPL) had an impressive idea for the announcement of the iPhone 6, Apple Watch, and Apple Pay. Why not do a massive, exclusive giveaway? So the company negotiated with rock band U2 to make its new album, "Songs of Innocence" -- its first in five years -- free to Apple customers. All of them.

The music suddenly appeared on 500 million iTunes accounts. Shortly after came the backlash and, with it, a story of what may have been the most expensive gaffe in Apple's history -- upwards of $100 million, according to the New York Times.

Apple has certainly had its share of public disasters, whether the antenna problems of the iPhone 4, periodic claims of iDevices overheating and melting (with, on one occasion, an attempt to keep the media from getting court record details), or reports of bad working conditions in its outsourced factories in Asia.

But those were problems. This was a debacle where, from one view, the company did no wrong and executed without error. It only tried to give away some music. But "Songs of Innocence" became, with apologies to the famous poet William Blake, "Songs of Bitter Experience."

An estimated 2 million consumers downloaded the album onto their iPhones, iPads and MacBooks, as Re/Code reported, although that would include the accounts set up to automatically download any purchased music to the associated devices.

Even with the people that presumably were pleased with finding Bono, the Edge, and the rest of the gang crooning to them, many were highly displeased. One person wrote, "Apple owes me a new iPhone, because I had to purify this one with fire after finding a U2 album on it."

Perhaps the backlash had something to do with the faded glory of the band, whose gritty roots in Dublin's dive bars are long in the past. The group's members appear in stadiums these days and can afford to live and work in whatever degree of comfortable swank they like. But is it really as bad as involuntarily finding, say, The Captain and Tennille's Muskrat Love in your collection? That is, if you recognize who the Captain and Tennille, or U2, are. Apparently many younger Apple customers never heard of the Irish band. Nothing like slipping into the category of classic rock.

Perhaps, as one writer in Wired put it, the U2 backlash was an expression of a "completely indefensible expansion by Apple beyond its operational purview" that was "worse than spam." Or it could be that many Apple users have begun to see what central control of an ecosystem actually means, when you'd be better off depending on the kindness of strangers rather than people you thought were friends.

Apple finally got the message and created a website to allow customers to remove Songs of Innocence from their devices.

That leaves two lessons for Apple. One is never, never, never to let those over 40 decide what music they think younger consumers are bound to think is cool. The other is that, with $100 million in expense and 2 million downloads, $50 an album for a digital release is probably a bit much. Especially when you don't get the collector's version special cover art? Ah, well, Apple will weather this as it has other challenges and continue to rattle and hum along.

Update: Apple released a statement claiming that 33 million people had "experienced" the U2 album, meaning that they had listened to some or all of it through streaming or downloading. That represents 6.7 percent of the 500 million iTunes customers Apple says it has. Many marketing campaigns might be happy with such a response, but this was a case of free content delivered to people's virtual doors with them having to take no action at all. In other words, Apple couldn't succeed in giving the album away and ultimately felt enough pressure to give them a way to delete it.

U2, on the other hand, has received much wider exposure than its albums would typically get and a handsome fee. Whether that ultimately helps the group build a broader audience or not has yet to be seen. If free music were the key to wide acceptance and, ultimately, a more profitable music career, many musicians should have already made out like bandits.

This site just beat Google as most visited online destination