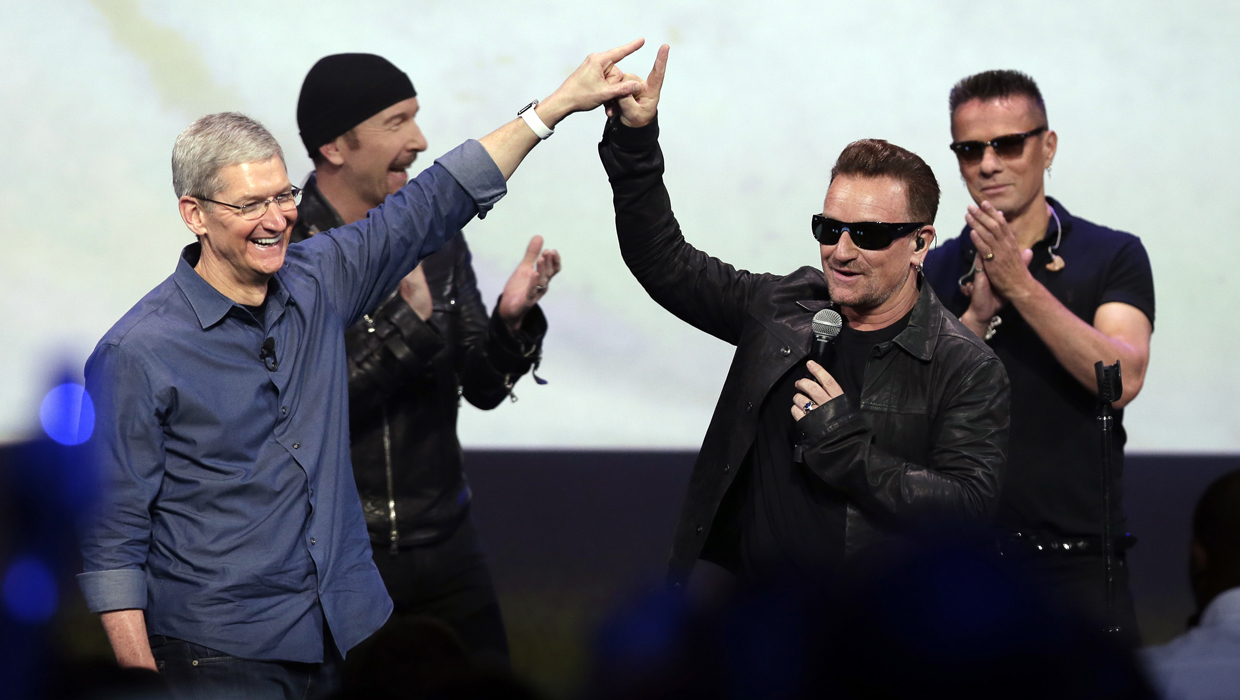 Apple (AAPL) must've thought that giving everyone a free U2 album was the cherry on top of this week's launch of the iPhone 6, Apple Watch and other products.

But that wasn't exactly the sentiment as the company deposited the band's "Songs of Innocence" into the online accounts of half a billion iTunes users. Instead, the sudden appearance of the album's 11 songs was viewed by many as an aggressive marketing assault.

A running commentary of gripes populated Twitter all day Thursday, with complaints along the lines of "I'd rather have food poisoning on Christmas" and "Why and how did a random U2 album download onto my phone?"

At Tuesday's media event to show off its new gear, Apple CEO Tim Cook said the album would be available for free to iTunes users, and the music began showing up in accounts a day or so later.

Not everyone saw the songs automatically download to their devices. User settings determined whether the songs would download or simply remain in the "cloud" on a list of albums purchased through iTunes.

Apple and U2 did not comment to reporters about the matter Thursday. The band hasn't had a new album in five years, and lead singer Bono wrote an online essay Tuesday entitled "Remember Us?" U2 wants to get its music to as many people as possible, he wrote. "And for the people out there who have no interest in checking us out, look at it this way . . . the blood, sweat and tears of some Irish guys are in your junk mail," he added.

But it wasn't that simple for iTunes users. There is no easy way to remove what some people were calling the "U2 virus." You can delete the songs from your device, but in the cloud the most you can do is hide the album in your online library.

Slate called the episode a reminder that on iTunes, "consent and interest are no longer a requisite for owning an album, only corporate prerogative." Chris Richards of The Washington Post said the album was just sitting there waiting for you "like an Ikea catalog. Or a jury summons. Or streptococcus."

And some wondered what kind of precedent Apple just set. Could this be a sign of things to come, of future albums deposited into online accounts in marketing hijinks disguised as gifts? Reviews for the album were mixed, with The Chicago Tribune describing it as "flat and strangely complacent" but Rolling Stone heralding "a triumph of dynamic, focused renaissance."

Not every iTunes user was unhappy. This is, after all, free music by a legendary band, and some people thanked U2 and Apple for the gift. "So people are mad that Apple gave them a free U2 album?" wrote one Twitter user. "We are now scraping the bottom of the barrel of first-world problems."