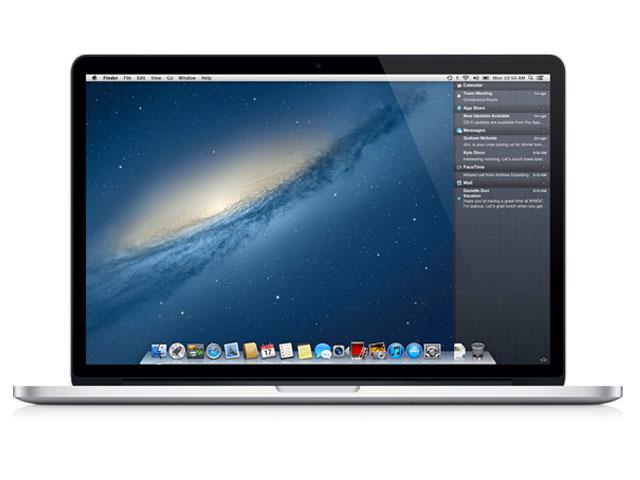 Craig Federighi, Apple senior vice president of Mac, announced updates to iCloud and OS X Mountain Lion, which include Reminders, iMessage and Notification Center. The desktop operating system will get features that integrate better with iOS, which runs on iPads and iPhones.

OS X Mountain Lion will also get voice dictation, AirPlay mirroring from OS X to Apple TV and GameCenter, which is Apple's social gaming hub. The software will retail for $19.99 and both Lion and Snow Leopard eligible for direct upgrade.

Apple's digital personal assistant Siri is getting and update and will be able to launch apps and features restaurant integration with services like Yelp and Open Table. Siri will also get movie integration, using services like IMDB and Fandango.  The software is also expected to be available on the iPad.

Apple is also working with car manufacturers to let you use Siri from the steering wheel of vehicles. Auto companies like Toyota, GM, Mercedes, BMW, Honda, Audi say they will integrate Siri in the next 12 months.The software will be available in Japanese, French, Spanish, Italian, German, Mandarin, Cantonese and Korean.

"We've been working very closely with Facebook to create the best Facebook experience ever on a mobile device," Forsall said.

It will now be easier to post photos from iOS devices directly to Facebook, birthdays and contacts from the social network will be integrated into Contacts.

New functions include a "Reply with Message" and "Remind Me Later" option for voice calls, "Do Not Disturb" option and FaceTime over cellar networks. Phone numbers will now also be unified with Apple ID, so when a call comes through your phone number, you can pick up with your iPad or Mac. The same applies for iMessage.

A new app Passbook was also announced. The app acts as a central location to store boarding passes, movie tickets or loyalty cards.

The company also launched a new Maps app with turn-by-turn navigation, a quick route button and flyover feature. Apple's new Maps app confirms previous speculation that the company would part ways with Google Maps, which is currently the mapping software on iOS devices.