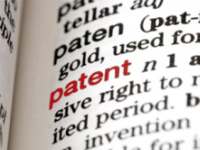 FRANKFURT, Germany -- Apple Inc. has temporarily blocked Motorola's attempt to have it withdraw several iPhone and iPad models from its Internet store in Germany, the latest twist in an extended legal struggle over patents between the companies.

The sale of the devices was briefly halted after Motorola Mobility Holdings Inc. enforced a ruling it won against Ireland-based Apple Sales International Inc., from a court in Mannheim, Germany.

The court had earlier ruled that Apple should not be using Motorola's mobile technology in the devices without a license.

Motorola moved to enforce the decision and Apple announced Thursday it was halting online sales. A few hours later, Apple said it had won a suspension from an appeals court in Karlsruhe.

"All iPad and iPhone models will be back on sale through Apple's online store in Germany shortly," Apple said in a statement. "Apple appealed this ruling because Motorola repeatedly refuses to license this patent to Apple on reasonable terms, despite having declared it an industry standard patent seven years ago."

Apple says Motorola Mobility has refused to license the technology even though Motorola agreed it should be an industry standard.

Florian Mueller, an intellectual property consultant who has been reporting on the cases on his blog FOSS Patents, said that the wording of the Karlsruhe decision only suspends enforcement of the decision until the court can hear a response from Motorola.

"This is a very, very temporary suspension," said Mueller. "Apple could be in the same situation again a week or two down the road."

The two companies are also at odds over what Motorola says is improper use of its push email technology that sends email to smartphones. The Mannheim court ruled in Motorola's favor Thursday, but Apple said itwould appeal and that people using its phones would would keep getting their email.