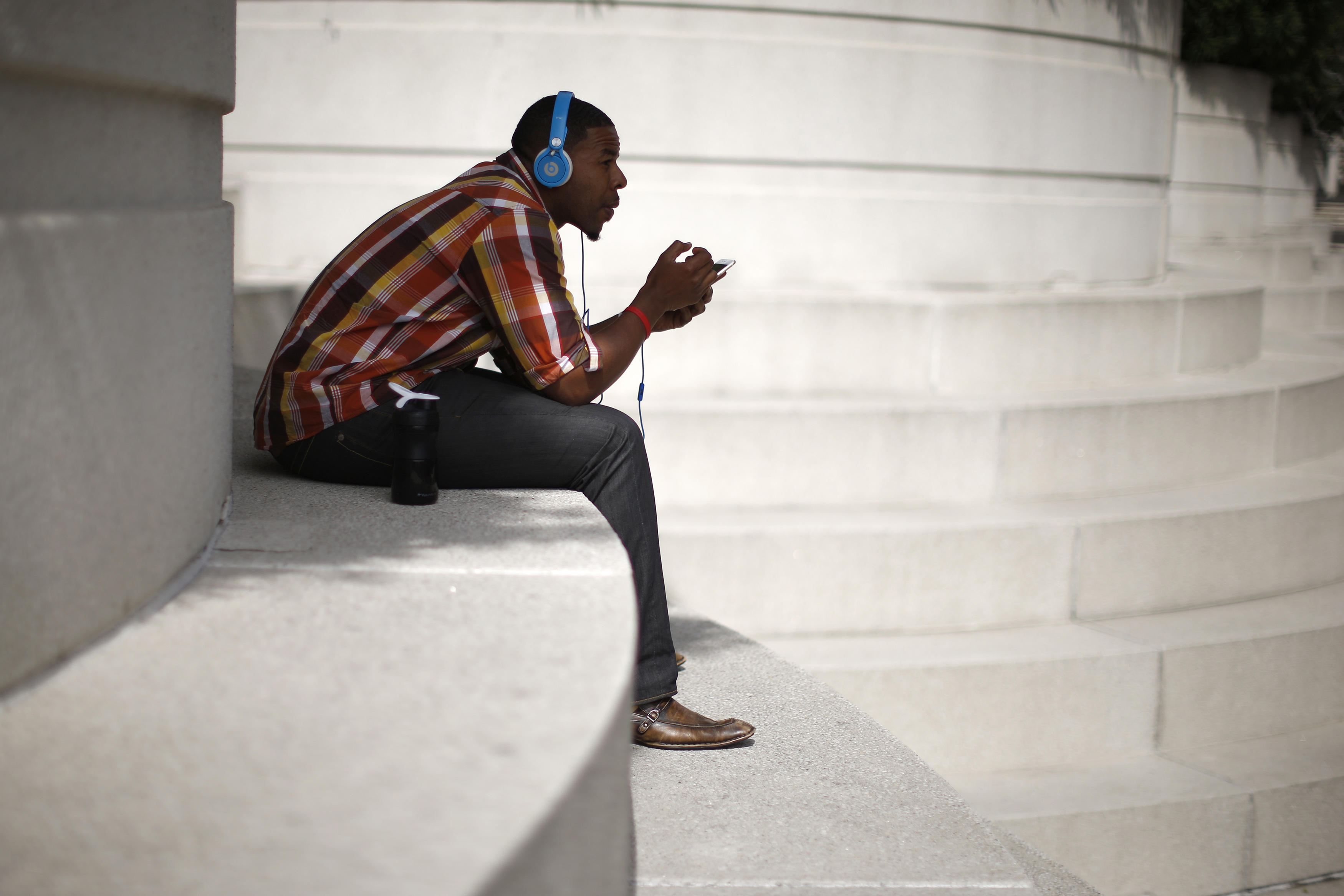 Today’s Apple event starts at 1 p.m. Eastern time, 10 a.m. Pacific. CBSNews.com will have complete coverage, and watch CBSN for all the highlights and analysis. You can also follow CNET’s live blog of the Apple event.

SAN FRANCISCO -- When Apple shows off its latest iPhone on Wednesday, it will answer a question it hasn’t had to address in years: “What’s it putting in the box?” (Besides the iPhone itself, that is.)

The iPhone has traditionally shipped with a pair of Apple’s iconic earbuds, made famous in early advertising for the iPod music player. But tech analysts and industry bloggers, citing leaks from Apple’s Asian suppliers, say it looks like the tech giant has decided to do away with the analog headphone jack in the next iPhone.

That means the earbuds themselves are in for a revamp, one that could hint at Apple’s plans for expanded use of wireless technology.

The headphone jack is drawing attention partly because there might not be many other major changes in this year’s iPhone. The new models - the iPhone 7 and 7 Plus, if Apple sticks to its usual convention - are expected to offer faster processors, more memory and improved cameras.

But despite a recent dip in iPhone sales, most Apple watchers expect the company to save its next big overhaul for 2017, the 10th anniversary of the first iPhone’s release.

Though it might not seem dramatic, eliminating the 3.5 millimeter analog jack would be controversial. On the plus side, it could let Apple make the iPhone slightly thinner and possibly waterproof; it might also free up space for other components.

But it also means future iPhone buyers will need new headsets that use a digital connection. That could just mean changing the headset cord so that it plugs into the same port that recharges the device. Or it could herald an Apple commitment to wireless earbuds that connect to the phone via a technology such as Bluetooth. Apple already sells wireless headsets from Beats Electronics, which it acquired two years ago for $3 billion.

While Apple hasn’t commented, reports of the change have sparked an outcry from those who believe the old analog jacks worked perfectly well. Tech blogger Nilay Patel of The Verge blasted the move as “user-hostile and stupid.”

For many people, listening to music and watching video - not to mention making the occasional phone call - constitutes one of the main uses for a smartphone. “People enjoy listening to music on their smartphones today as much as they listen to music at home,” said Brian Blau, a tech analyst at Gartner.

Today’s wireless Bluetooth headsets can be clunky to set up and sometimes randomly drop their phone connections.

But CNET’s David Carnoy thinks the technology is rapidly improving. “While Bluetooth sound quality still doesn’t quite measure up to that of a wired headphone, it’s getting closer. And more importantly, Bluetooth headphones are becoming more reliable, with easier set up and fewer dropouts. In short, wireless headphones are the future.”

For those who want to hang onto their plug-in headphones, no headphone jack means they won’t work with the new iPhones without an adapter. It’s also not clear how you’d plug in your headset if you’re already charging the phone.

Finally, Apple uses a proprietary design for its charging port, known as “Lightning.” So new headphones that plug into that port won’t be compatible with devices made by Apple’s competitors.

“The big question is whether Apple will include the adapter with the iPhone 7 (and iPhone 7 Plus), a set of wireless EarPods (rumor has it they’ll be called AirPods), or a set of Lightning EarPods,” Carnoy suggests. “I’m betting on the Lightning EarPods.”

Apple has a history of preemptively doing away with older technologies, often prompting lamentations from users - at least until they got used to it. Co-founder Steve Jobs famously decided the first iMacs didn’t need a floppy disk drive in 1998, years before Windows PCs followed suit. Later, he made waves by selling MacBooks without a CD drive or even a traditional hard drive, which have also disappeared from competing laptops.

More recently, Apple made millions of old power cords incompatible by replacing the 30-pin charging port on older iPhones and iPads with the much smaller Lightning port in 2012.

Apple, however, isn’t the first company to do away with the headphone jack. Already this year, Lenovo’s Motorola division and Chinese smartphone maker LeEco have released phones without analog audio jacks, relying instead on cords that plug into a new digital port known as USB-C - which, of course, is different from Apple’s Lightning port. Some argue that digital connections provide higher quality sound.

“The market is changing,” said Jim Thiede, head of global product marketing at Motorola, who expects to see a number of manufacturers producing “USB-C headphones, earbuds and what have you” over the next three to six months.

Some believe Apple’s real goal is to move people away from cords and plugs altogether.

“They don’t like the mess,” said Jan Dawson, a tech analyst with Jackdaw Research. “Anybody who’s carried a set of earbuds in their pocket have had them get tangled up. And they get in the way when you’re exercising.”

Apple has already cut the number of ports on its latest MacBooks, encouraging owners to use wireless features like Apple’s AirDrop and AirPlay for sharing files or streaming music and video, he noted.

Widespread adoption of wireless headsets might also encourage people to try streaming music using the Apple Watch, said Carolina Milanesi, a mobile tech analyst at the research firm Creative Strategies. That would be a first step toward getting them interested in future smartwatch apps and services, she suggested.

“It might be good if you had a Bluetooth headset that connects to your phone and your watch at the same time,” she said. “What we see today is not necessarily the ultimate goal that Apple has for its devices.”

Apple could distribute the new iPhones with a “good enough” Bluetooth headset included, she added, while selling more expensive headsets separately. Dawson suggested Apple may provide earbuds with a Lightning plug, and possibly an adapter for older headsets.

Most iPhone owners will get used to the new technology, Milanesi predicted. Still, she cautioned, “people don’t like change.”

Watch: How to brush your teeth in space