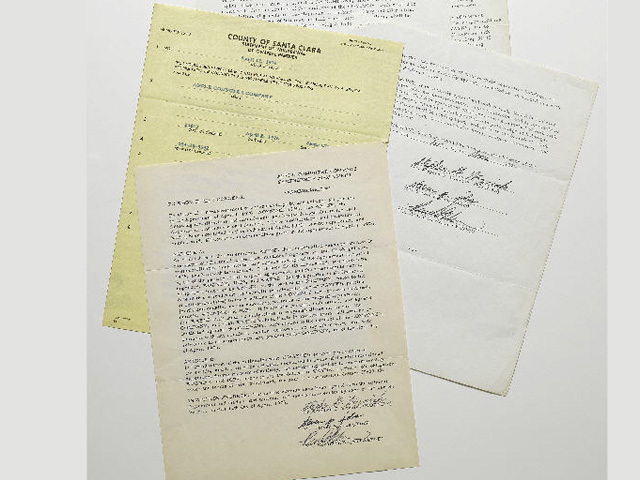 It's called Lot 41, a commonplace description of a document that testifies to the origin of a very uncommon startup.

On December 13, Sotheby's will put up for auction the original contract which formalized the founding of Apple Computer Co. on April 1, 1976. The auction house estimates that the bidding will bring in between $100,00 and $150,000.

The agreement features three signatures - "Stephen G. Wozniak, "steven p. jobs", (sic) "Ronald G.. Wayne" - who drafted the three-page contract as the company's founding partners. Wayne is the lesser-known co-founder. His story is recounted in the recent Steve Jobs biography by author Walter Isaacson. Wayne and Jobs met at Atari. Wayne was also the one who helped persuade Wozniak to join the new venture. As a result, Wayne received a 10 percent share in the new company but subsequently left the partnership - documents which are part of the Sotheby trove - and relinquished his stake in the nascent company for a grand total of $2,300. Isaacson estimated that Wayne's 10% share of Apple would be worth about $2.6 billion today.