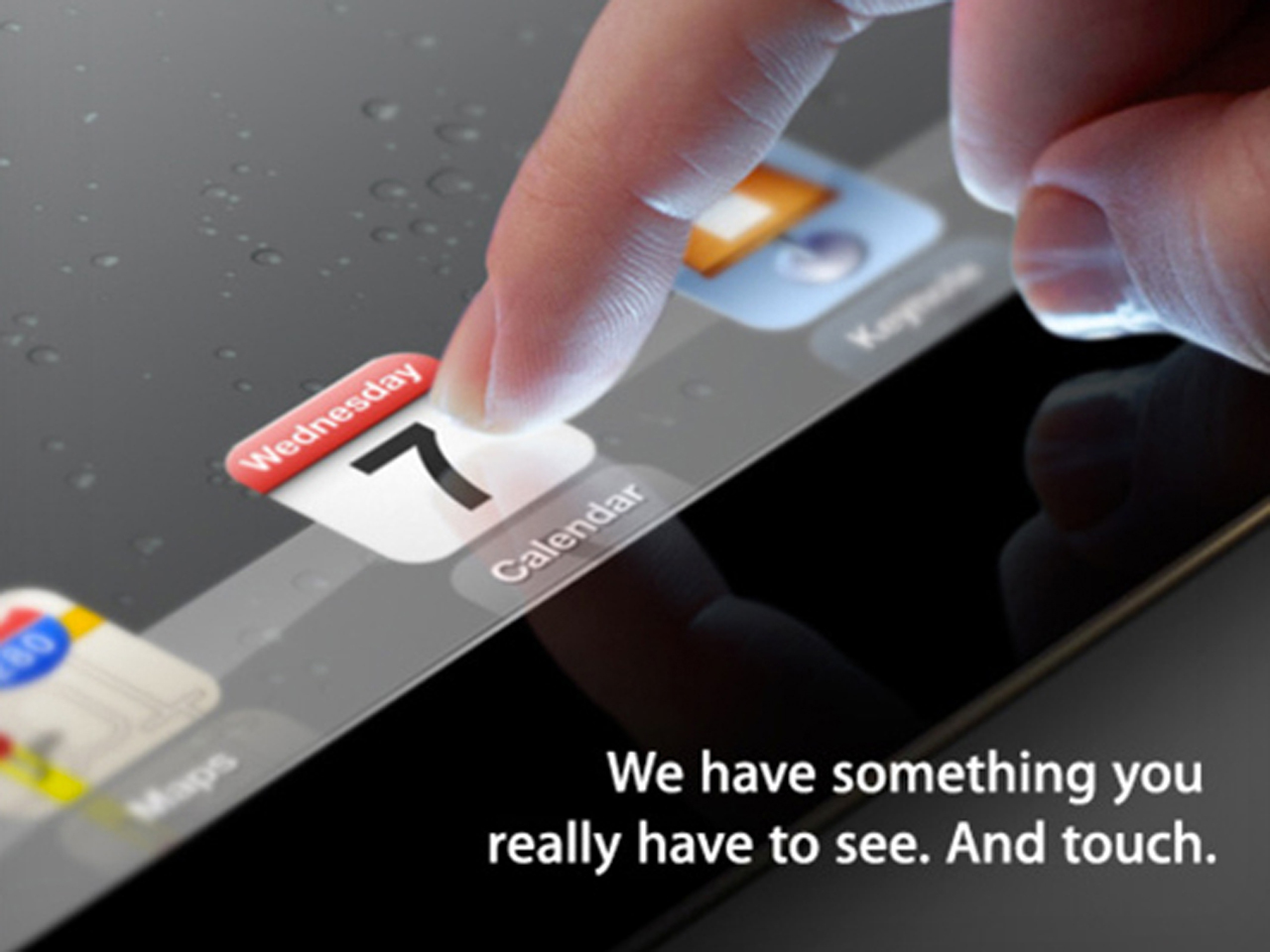 (CBS News) Apple is reportedly set to unveil its latest iPad model Wednesday. Now a $500 billion company, the expected launch of the latest model will only add to its bottom line.

This will be the first major product launch for Apple since the death of Steve Jobs last year.

Rumors about what Apple will unveil have been flying for weeks.

"We're definitely going to get a HD, beautiful display," said CNET editor Molly Wood. "And I wouldn't be surprised if we saw a couple of different sizes."

There is no doubt that even if the changes are small, enthusiasts will be lining up to buy it. That wasn't certain just over two years ago when Jobs, who died in October, introduced Apple's new tablet computer.

Then, the iPad seemed destined to be a device for personal entertainment: reading books, playing games, looking at photos and video.

But now the iPad is out of the easy chair and going to work. U-Sushi in San Francisco is one of a growing number of restaurants where iPads do the job computers and cash registers used to do.

"It's just the most simplistic system," U-Sushi manager Aaron Allen said. "It's really user friendly, just a touch of a button and that's it."

At the touch of an iPad button, Melissa Buckner has access to thousands of photographs for sale at the San Francisco Art Exchange. There is not enough room on the gallery walls to show buyers everything available.

Buckner said having the iPad makes the shopping experience with the customer "a very immediate response."

That the tablet is emerging as a replacement for desktop and laptop computers is reflected in the latest sales figures. Last year Apple sold more than 40 million iPads worth nearly $25 billion. By comparison Apple sold $23 billion worth of Mac computers - the machines that were once the company's mainstay.

iPad sales brought in about 20 percent of Apple's revenue last year. Other companies have introduced tablet computers but so far none comes close to threatening the iPad's dominance.