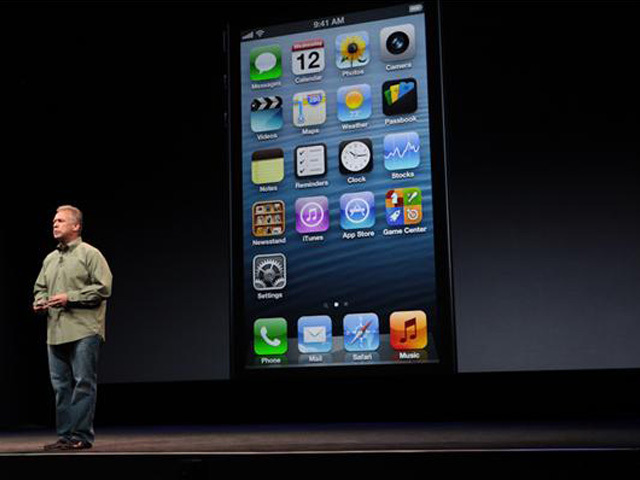 (CBS News) Apple announced the iPhone 5 Wednesday at the Yerba Buena Center in San Francisco. Rumors leading up to the highly anticipated smartphone were at fever pitch.

"It's an absolute jewel," Shiller said. For the most part, the iPhone 5 looks like previous models, but taller and thinner.

The larger display allows for widescreen display. Apps designed for the previous operating system will not be stretched, but will have black borders.

One of the biggest updates is to the camera and iSight. The camera now has an 8-megapixel sensor, 3,264 x 2,448 pixel resolution with backside illumination, hybrid IR filter, a five-element lens with f2.4 aperture and is 25 percent smaller and can take panoramic photos.

The iPhone 5 will also get a new dock connector called Lightning, which is 80 percent smaller. The new dock will have an adaptive interface, improved durability and is reversible. Apple will also release an adaptor to make the transition.

The iPhone 4 will now be free with a two-year contract and the iPhone 4S will drop to $99.