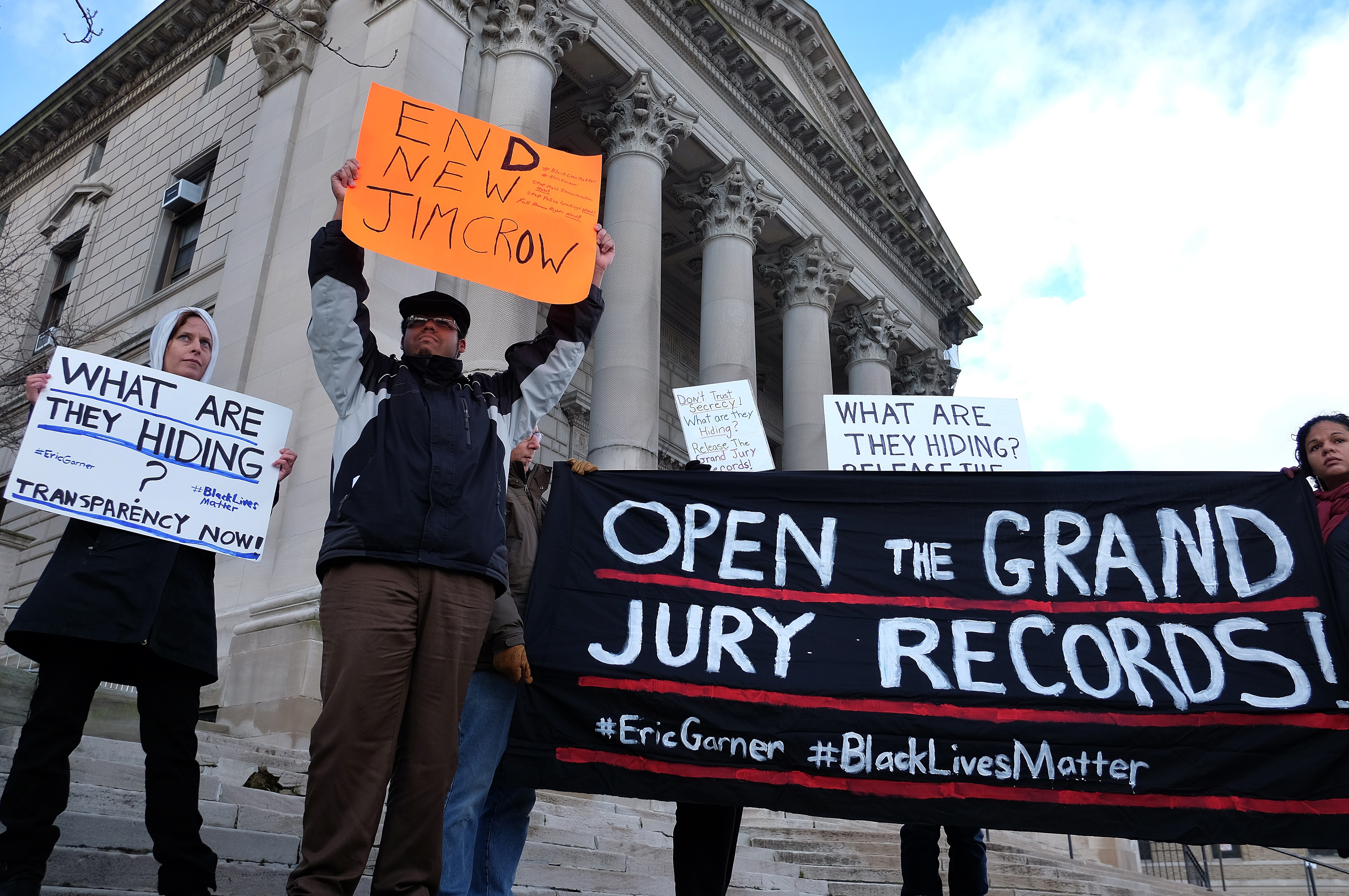 NEW YORK -- An appeals court says the public can't see the testimony a grand jury heard before declining to indict a police officer in the chokehold death of Eric Garner.

They say people need a clearer view of how grand jurors reached their decision in a case that ignited widespread protests about police conduct.

"Secrecy breeds suspicion, and sunshine really is the best disinfectant," James said in May.

Garner died on July 17, 2014, in a controversial confrontation caught on cell phone video with police on Staten Island. The medical examiner ruled his death a homicide.

Civil liberties lawyers had argued that the public needed to reconcile the widely watched video of the Garner arrest with the decision not to indict the cop involved.

But during oral arguments in May, Justice John Leventhal asked NYCLU attorney Arthur Eisenberg why he wanted to look at just one grand jury to change the whole system, CBS New York reported.

"Why aren't we looking at a number of grand juries, how the grand jury works?" Leventhal asked. "More information is better than less. And I think what has happened here is that the Garner grand jury and the perception of unfairness has driven the conversation."