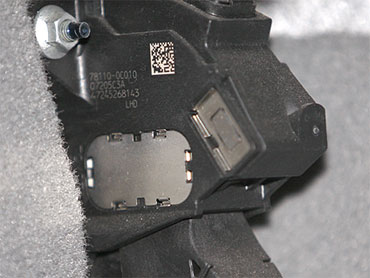 Toyota Motor Corp. paid a record $16.4 million U.S. fine on Tuesday for a slow response to its accelerator pedal recall.

A Transportation Department official said the Japanese automaker paid the fine after . Toyota had 30 days to pay it. The official was not authorized to speak publicly before an announcement was made.

Toyota faced the maximum penalty allowed under law after it was accused of hiding earlier defects involving gas pedals, a contention that Toyota rejected even though it agreed to pay the fine.

The world's largest car manufacturer has recalled more than 8 million vehicles worldwide for safety defects affecting some of its best-selling models. The company still faces hundreds of state and federal lawsuits in the U.S, and the recalls have prompted the first major review of U.S. auto safety laws in Congress since tire recalls by Bridgestone/Firestone Inc. in 2000.

The Transportation Department is reviewing thousands of Toyota documents and could issue new penalties for the company's handling of other safety recalls.

House lawmakers are holding a hearing on Thursday examining the company's review of reports of sudden unintended acceleration and whether electronic issues caused the safety problems.

Toyota confirmed paying the fine but declined further comment on Tuesday. The company said last month it agreed to the penalty to avoid a lengthy legal battle but denied the government's allegation that it broke the law.

In a statement last month, Toyota acknowledged "that we could have done a better job of sharing relevant information within our global operations and outside the company, but we did not try to hide a defect to avoid dealing with a safety problem."

The fine does not free Toyota from potential civil and criminal penalties.