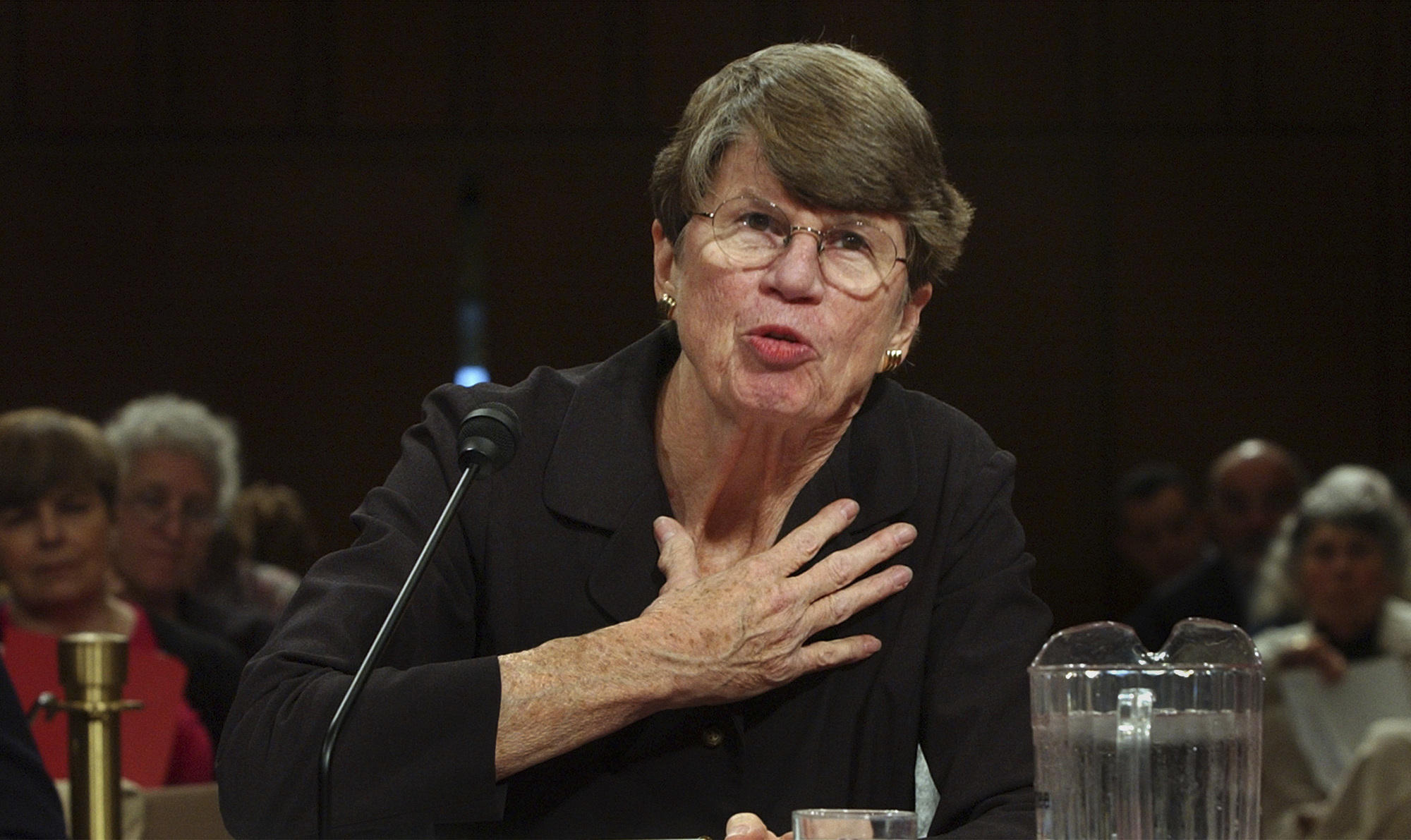 The Associated Press describes Reno as “one of the Clinton administration’s most recognizable and polarizing figures.”

By the time she took office, a crisis was already building at a compound in Waco, Texas. The Branch Davidian religious sect led by David Koresh was in a standoff with the FBI. Reno ordered agents to storm the property, saying she believed children were being abused. About 80 people died in the raid. Reno took full responsibility.

“I approved the plan and I’m responsible for it,” she said.

Reno also drew fire for her handling of the case of Elian Gonzalez. The 6-year old refugee had been living with relatives in Miami when Reno ordered federal agents to storm the house. The child was sent back to Cuba to live with his father. The Cuban American community was enraged.

That case and the fallout from Waco haunted Reno for years, but she was also recognized for enforcing civil rights and her efforts to regulate violence on TV.

Her candid manner brought her many fans who also appreciated her offbeat image. At six-foot-two, she had a no nonsense style that made her a popular target for “Saturday Night Live,” where she eventually made a cameo appearance with Will Ferrell.

Reno had been at the Justice Department for just two years when she noticed her hand shaking and was diagnosed in 1995 with Parkinson’s disease. With medication to control the trembling, she continued her work and  became an inspiration for other patients managing the disease.

She returned home to Florida in 2001 and launched a campaign for governor, driving around the state in her signature red pick-up truck

She lost in a close primary race the next year and decided to retreat to a quieter life.

Never married, she retired to her modest family home near the Everglades and declared herself a private citizen.

Public life had brought dark times but, looking back, she described her career in politics as “an activity of joy.”