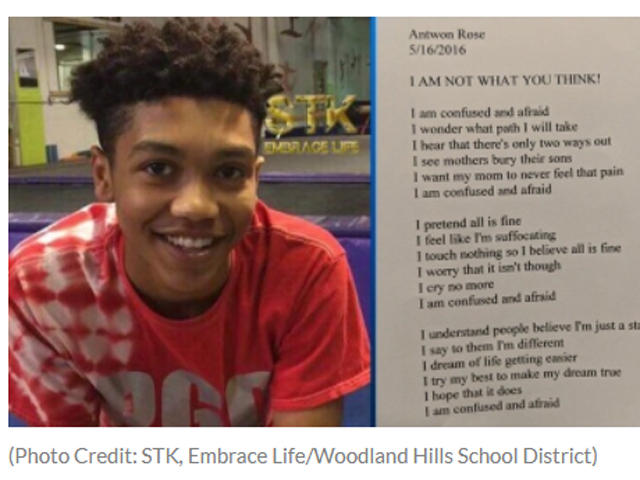 "His mom, Michelle Kenny, wants everyone to have it," Superintendent Licia Lentz said in a message.

The poem, titled, "I AM NOT WHAT YOU THINK!" describes Rose's fear of violence in his community.

One line reads, "I see mothers bury their sons; I want my mom to never feel that pain."

The 17-year-old was shot and killed by an East Pittsburgh police officer as he ran from a car that officers had stopped.

The officer fired three shots at Rose, hitting him in the back and killing him.