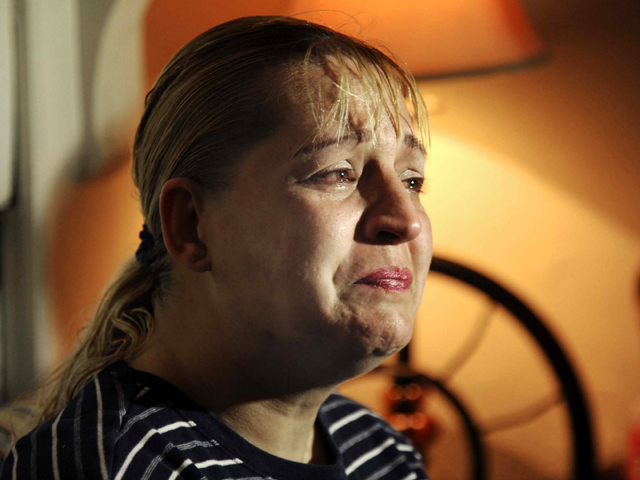 (CBS) BRUNSWICK, Ga. - Defense attorneys for a Georgia teen charged with fatally shooting a 13-month-old baby while his mother pushed the child in a stroller, filed a motion earlier this month alleging the baby's mother had a financial interest in the death of her son due to an insurance policy, CBS affiliate WTEV reports.

The motion, which was filed August 5 by attorneys for De'Marquise Elkins, argues that Sherry West, the mother of Antonio Santiago, is mentally unstable and gave inconsistent accounts of how the murder of her 13-month-old son took place.

According to ABC affiliate WLTV, Sherry West's 21-year-old daughter said in March that she didn't want to falsely accuse anyone in the death of her brother Antonio, but some of her mother's responses after the fatal shooting concerned her.

She reportedly claimed her mother asked her the night of the shooting, "How soon do you think life insurance policy will send me a check?"

Glassey reportedly told the station her mother suffers from bipolar disorder and has schizophrenic tendencies.

Prosecutors say Elkins and a 15-year-old accomplice, Dominique Lang, were trying to rob the child's mother March 21 on a sidewalk in Brunswick. Elkins is accused of shooting Sherry West in the leg when she said she had no money and then shooting Antonio in the head.

Shortly after Antonio's death, a grand jury indicted three of Elkins' relatives on charges that they tried to help him after the shooting.

The suspect's mother, Karimah Elkins, and older sister, Sabrina Elkins, were charged with evidence tampering. The indictment said they threw the revolver that police say was used in the shooting into a saltwater pond where investigators later recovered it.

Karimah Elkins and the suspect's aunt, Katrina Elkins, were also charged with making false statements to police. The indictment said the aunt told investigators her nephew was at her house when the slaying occurred. The suspect's mother told police that her son was with her when the baby was shot.

Jury selection was scheduled to begin Monday in the trial of 18-year-old De'Marquise Elkins and two of his family members. Lang and Katrina Elkins will each go on trial separately at a later date.