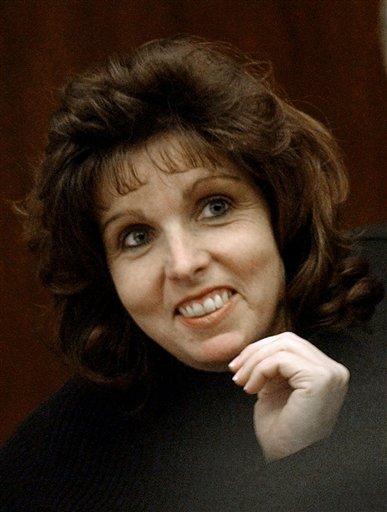 ATLANTA (CBS/AP) Lynn Turner, the 42-year-old woman who fatally poisoned her husband and later her boyfriend with antifreeze, died Monday at a state prison where she was serving a life sentence, prison officials said.

She was found "unresponsive" Monday in her cell at Metro State Prison and could not be revived, said Sharmelle Brooks of the Georgia Department of Corrections.

The former 911 operator from north Georgia was convicted in 2004 of killing her husband, police officer Glenn Turner, in 1995. Authorities first thought he died of natural causes, but reopened the investigation in 2001 after her boyfriend, firefighter Randy Thompson, was found to have been poisoned.

Lynn Turner's mother, Helen Gregory, said she and Turner's two children, ages 12 and 14, had just visited her at the prison Sunday. Gregory said her daughter seemed fine physically, but was concerned for her safety.

The warden told Gregory that Turner was found dead in bed inside the cell she shared with several other inmates.

"As I started to leave her yesterday, she said, 'Momma, those girls are going to get me. I just know they will,'" Gregory said.

According to CNN, Georgia Bureau of Investigation spokesman John Bankhead said an autopsy revealed no indication of foul play in Turner's death, though the cause will not be determined until toxicology and other tests are done.

Penny Penn, the Forsyth County district attorney who tried Turner in 2007, called her death "the final chapter in what has been a very long and very sad, albeit fascinating, story."

Penn had sought the death penalty, but jurors chose a life sentence. Prosecutors said Turner killed the men to profit from their life insurance policies.

Prosecutors said both men were poisoned with ethylene glycol, a sweet but odorless chemical in antifreeze. During Turner's 2004 trial, prosecutors suggested the substance could have been placed in foods such as Jell-O.

At least 6 killed in shooting at Fourth of July parade in Illinois; gunman at large