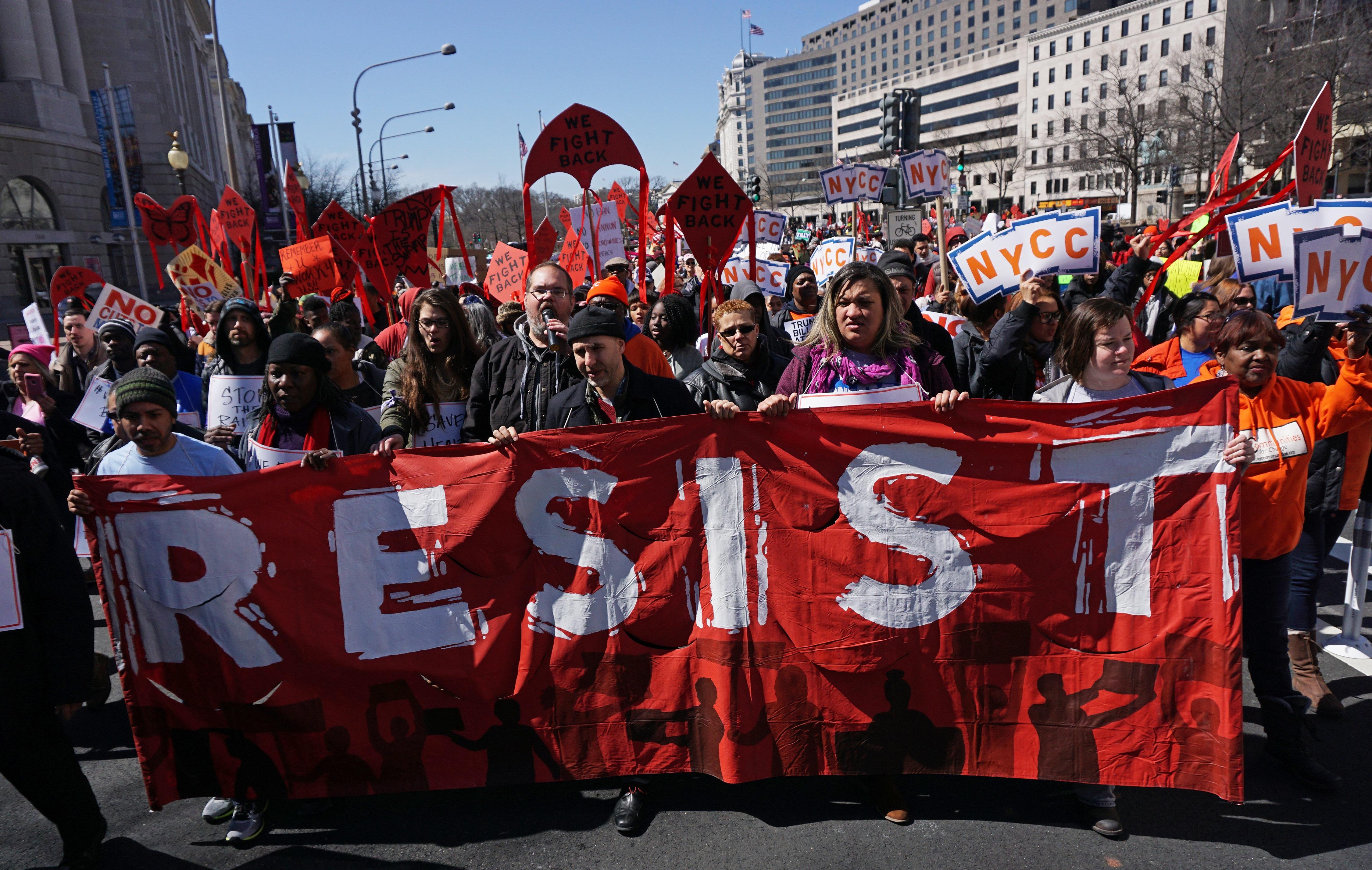 The school is a free four-week course in progressive activism created by students at the Kennedy School of Government, CNN reports, and students can enroll either in person or online from anywhere in the world. Organizers hope the course will give activists “the skills they need to take collective action and effectively resist the Trump agenda.”

“Our goal is to keep the embers of resistance alive through concrete learning, community engagement, and forward-looking action,” says the school’s website.

The first session, called “How to Communicate our Values in Political Advocacy,” begins on Wednesday. Later courses include classes on “How to Sustain the Resistance Long-Term” and “How to Mobilize and Organize our Communities,” which is taught by the former executive director of OFA, former President Obama’s grassroots organizing arm.

“Resistance School started with a couple of students chatting with a couple of professors, having a sense of outrage and despair and beginning to feel overwhelmed and exhausted with the question of ‘What are we going to do after the election?’” Harvard student Shanoor Seervai, one of the school’s cofounders, told CNN.

The school encourages groups of people to register together. “Some are coming with groups of 700 people, some are smaller groups, potlucks, gathering in people’s kitchens,” Seervai said. Class organizers told the network that 3,000 groups “representing over 10,000 people” have registered for the school.