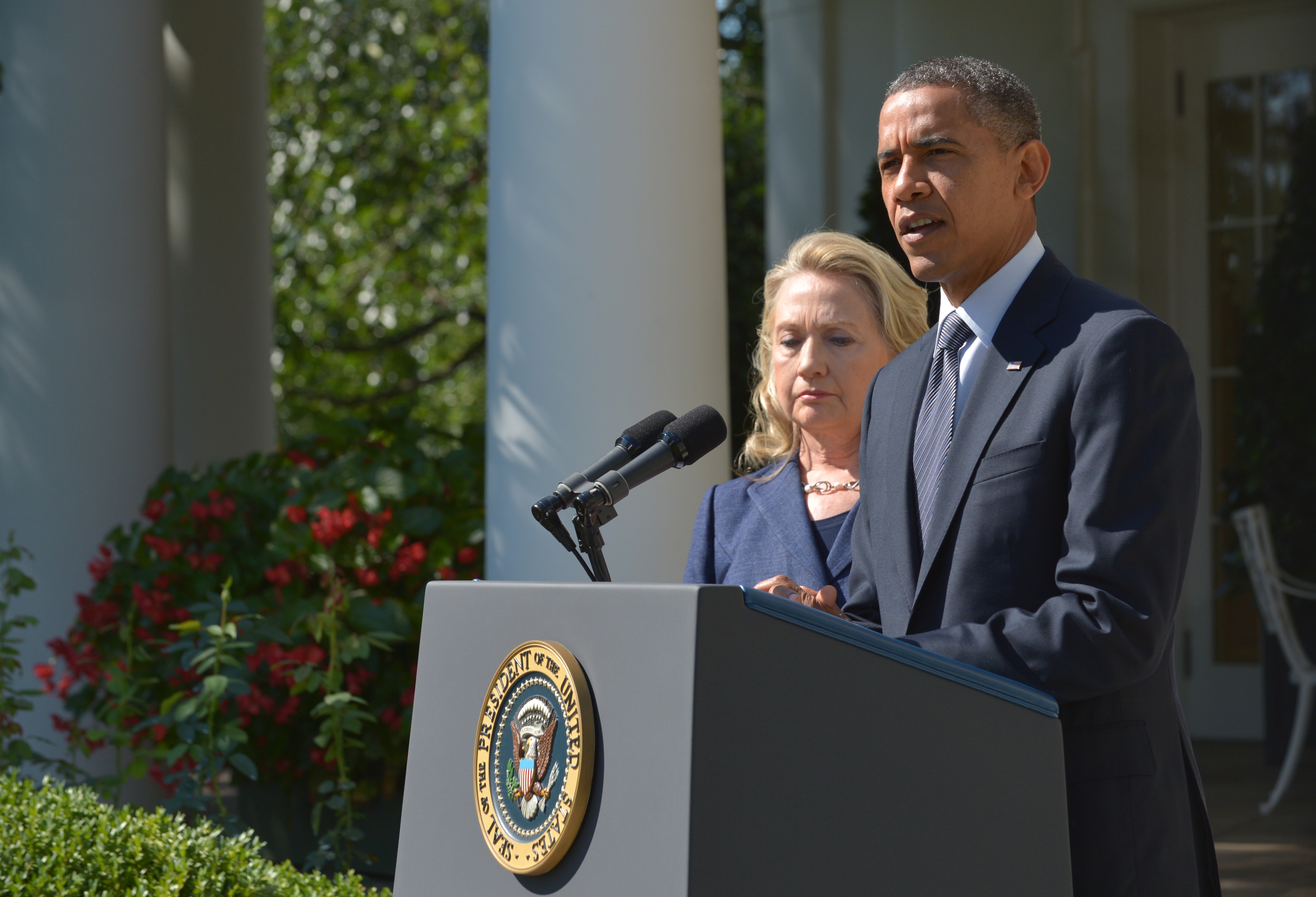 (AP) ISLAMABAD - Marked by the U.S. Embassy seal, advertisements condemning an anti-Islam video appeared on Pakistani television on Thursday in an apparent attempt to undercut anger against the United States, where the film was produced. Hundreds of youths, however, clashed with security officials as they tried in vain to reach the embassy in Islamabad amid anger in many countries over the film's vulgar depiction of the Prophet Muhammad.

The advertisements appear to be an effort by the U.S. government to dampen chaos surrounding the film and undo some of the damage to America's image in the Muslim world. Violence linked to the movie has left at least 30 people in seven countries dead, including the American ambassador to Libya. Two people have died in protests in Pakistan.

In recent days, the decision by a French satirical magazine to release cartoons crudely depicting the prophet has added to the tension, as may the upcoming issue of the German satirical magazine Titanic. The magazine's co-editor Martin Sonneborn said it was up to readers to decide whether the cover of an Arab wielding a sword actually depicts the Prophet Muhammad.

Most outrage appears linked to the amateurish movie, which portrays the prophet as a fraud, womanizer and child molester.

The television ads in Pakistan feature clips of President Barack Obama and Secretary of State Hillary Rodham Clinton during press appearances in Washington in which they condemned the video. Their words were subtitled in Urdu.

"We absolutely reject its content and message," said Clinton in the advertisement.

The advertisements end with the seal of the American Embassy in Islamabad, the Pakistani capital. It was not known how many channels were airing the ads or whether they were being run in other Muslim countries or just Pakistan.

In an email later Thursday, the embassy sent out a link to video of ordinary Americans condemning the anti-Islam film, which appeared on YouTube.

Protests have tapered off in many countries, but in Pakistan on Thursday, more than 2,000 people tried to reach the U.S. Embassy inside a guarded enclave that houses embassies and government offices.

Riot police used tear gas and batons to keep the stone-throwing demonstrators away from the enclave, and hundreds of shipping containers were lined up to cordon off the area. The government later called in army troops to protect the restricted areas when it appeared that police could not handle the situation.

"It is our responsibility to protect all our diplomats, all the foreigners," said Pakistani Information Minister Qamar Zaman Kaira. He criticized protesters for resorting to violence and suggested that various religious and militant groups among the crowd were to blame.

Most of the protesters appeared to be students affiliated with the Islamist hardline Jamaat-e-Islami party. Flags from other Islamist groups, Jamaat-u-Dawa and the al Qaeda linked militant group, Sipah-e-Sahaba, could be seen flying among the crowd. Such groups have used the anti-Islam film as a rallying cry for their supporters.

Demonstrators also rallied in the Pakistani cities of Lahore, Chaman, Karachi and Peshawar, although those demonstrations were peaceful.

So far, the demonstrations have been fairly small by Pakistani standards, but are expected to grow Friday, the traditional Muslim day of prayer. The Pakistani government deemed Friday a national holiday so people can demonstrate peacefully against the film.

That decision drew rare praise from the Pakistani Taliban, which is usually at war with the government. A spokesman for the militant group said it welcomed the decision but also thought the government should expel all American diplomats.

The U.S. State Department on Thursday warned all U.S. citizens to defer non-essential travel to Pakistan until further notice. Their previous travel warning only reminded Americans of ongoing security concerns in the country. American consulates across the country have been closed to the public all week.

In Indonesia, the U.S. consulate in the country's third-largest city of Medan shut its doors Thursday for a second day because of demonstrations.

About 50 students from an Islamic university gathered in Makassar, the capital of South Sulawesi province in Indonesia. They burned tires and forced a McDonald's restaurant to close.

In Iran, hundreds of students and clerics gathered outside the French embassy in Tehran to protest the publication of the caricatures of the Prophet Muhammad in the French weekly.

In Kabul, a few hundred people demonstrated area against the film before dispersing peacefully.