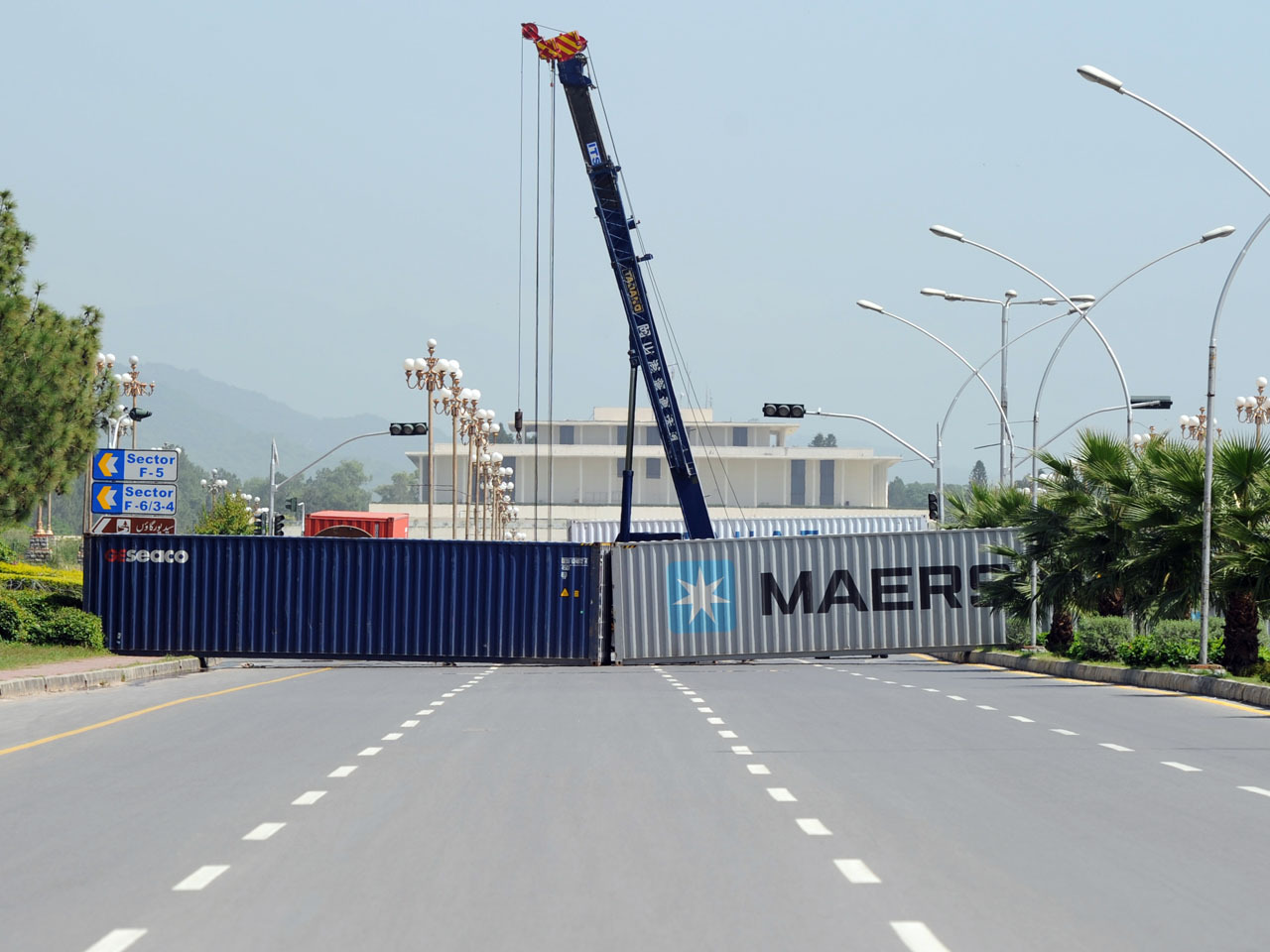 (CBS/AP) ISLAMABAD — Hundreds of Pakistanis angry at an anti-Islam film that denigrates the religion's prophet are clashing with police in the Pakistani capital.

Islamabad police official Mohammed Iqbal says the crowd numbers more than 1,000 people and most of them are students.

CBS News Islamabad bureau chief Maria Usman reports the protesters broke through police barricades and made it to the highly guarded "red zone," not far from Islamabad's diplomatic enclave which houses the U.S. Embassy.

Television footage showed police using tear gas and batons to try to keep the demonstrators away from the government offices and embassies.

Iqbal says students were trying to make their way to the American embassy, but police were holding them back.

Many more protesters were trying to make their way to Islamabad from neighboring cities, including Rawalpindi and Murree, and police set up a cordon to try and block their entry to the capital, reports Usman.

Authorities fear the unrest could grow worse on Friday, despite the fact that the government has declared Friday as a public holiday, calling it the "Love of the Prophet Day," as Fridays often see large demonstrations in the Muslim world as worshipers flood out of mosques following Friday prayers.