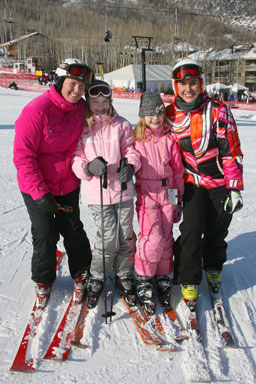 A growing militant movement opposed to genetic engineering in agriculture and medicine is turning to violent and criminal sabotage — from the bombing of a Bay Area biotech company to the destruction of genetically modified crops.

As a result, targeted companies aren't just taking extra security precautions but also often altering business strategies. The violence, which the FBI says suddenly became more serious this year, stems in part from frustration that peaceful protests have failed to slow the pace of biotech's progress.

"The companies say they care when they're faced with nonviolent protesters and then do nothing," said Danielle Matthews, a spokeswoman for Stop Huntingdon Animal Cruelty, an animal rights group that supports property destruction but not human injury. "Maybe the companies will start caring when they have to pay to replace a few windows."

A range of militant environmental, economic and animal-rights activist groups have used the Internet to organize around biotechnology, first in Europe and now in the United States. Many fear the technology will forever harm nature while others object to how animals are treated in drug experiments.

A 25-year-old Californian, Daniel Andreas San Diego, is wanted by the FBI in connection with some of the most recent attacks: the bombings in August of the biotech company Chiron Corp. of Emeryville and last month of a nearby cosmetics manufacturer. Aside from a few shattered windows, little damage was done to either company.

The group that claimed responsibility for the blasts, the previously unheard of Revolutionary Cells, vowed more bombings were to come.

Authorities consider the bombings to mark a new chapter in anti-biotech militance that has included the vandalism of a Chiron executive's car and the trashing of a biology lab at Louisiana State University last month.

"We've seen a drastic escalation in the use of violent tactics in the past year," said Phil Celestini, head of the FBI's domestic terrorism unit in Washington.

In France, an estimated half of the 100 plots of experimental biotech crops were destroyed this year, prompting some 1,500 scientists, including two Nobel laureates, to demand an end to the vandalism.

Genetically modified crop experimentation in Britain is also in danger due to sabotage and political opposition.

Almost since James Watson and Francis Crick discovered DNA 50 years ago, scientists have been exploring ways to manipulate and exploit those building blocks of life for everything from boosting crop yields to germ warfare.

But questions didn't arise about biotechnology's safety and impact on nature until San Francisco area scientists Herb Boyer and Stanley Cohen succeeded 30 years ago in splicing genes from one species into another. Since then, opposition to biotechnology research, first in agriculture and later in medicine, has grown, especially in Europe.

There is evidence that these "direct action" campaigns are having an effect on companies. Stop Huntingdon Animal Cruelty has waged a four-year harassment campaign to shut down the Lawrenceville, N.J., laboratory of Huntingdon Life Sciences, a company that tests drugs and chemicals on animals for companies including biotech firms.

The accounting firm Deloitte & Touche severed its ties with Huntingdon earlier this year because of harassment of its employees. Huntingdon itself moved its headquarters from the United Kingdom to Baltimore last year because of increasing violence against it.

In Britain, Bayer CropSciences said it no longer will plant experimental plots of genetically engineered crops because the government has declined to keep the locations confidential.

The unrest is also extending to the developing world, where biotech is heralded by proponents as a panacea for famine and pestilence but where anti-globalization activists fear corporate control of their livelihoods.

That attack came a month after another mob in Bangalore attacked a warehouse once owned by Monsanto.

Ranjana Smetacek of Monsanto Bombay's office said the violence in India is the result of a single group's campaign against multinationals.

"I do not agree that protest against biotechnology is becoming violent in India," Smetacek said. "Most people who oppose biotechnology and Monsanto have expressed themselves in a peaceful way."