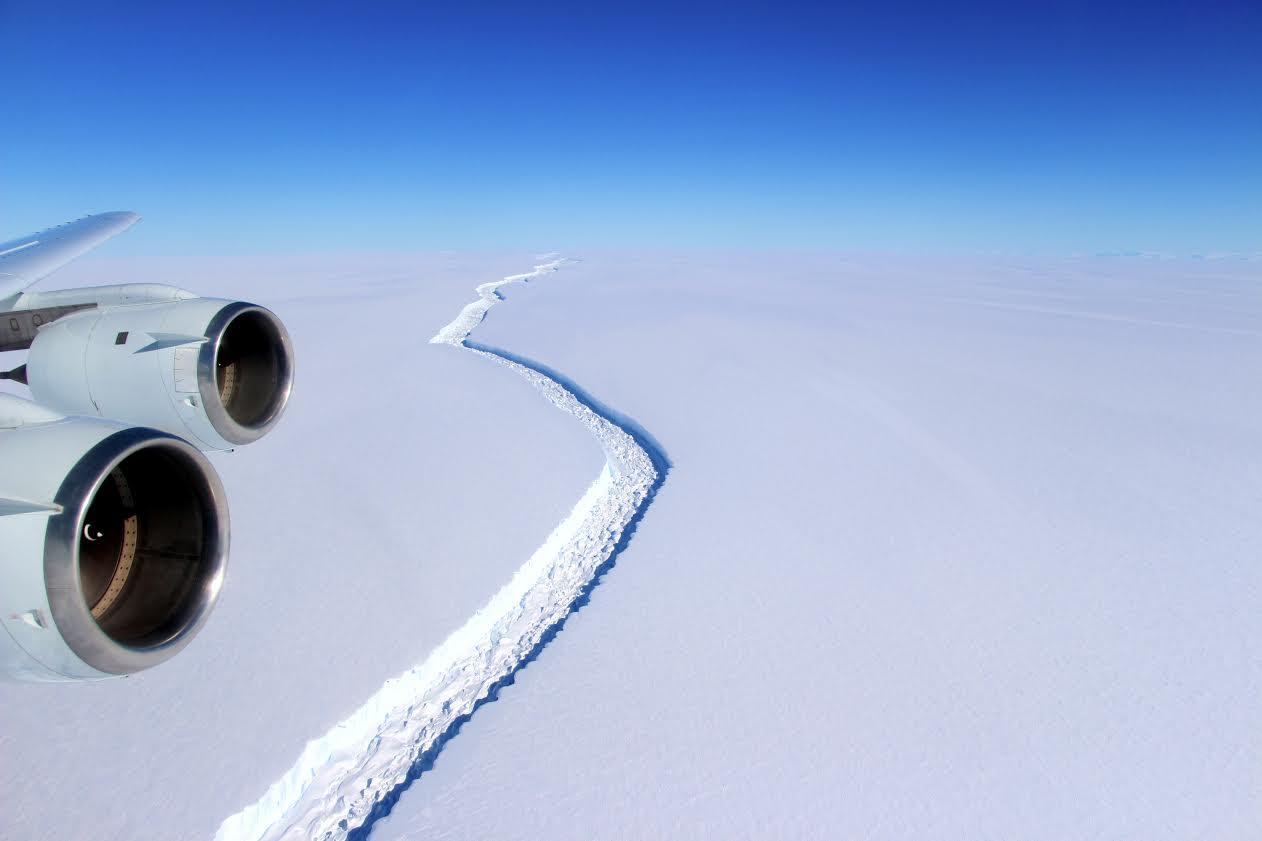 LONDON -- A vast iceberg the size of the state of Delaware with twice the volume of Lake Erie has broken off from a key floating ice shelf in Antarctica, scientists said Wednesday.

The iceberg broke off from the Larsen C ice shelf, scientists at the University of Swansea in Britain said. The iceberg, which is likely to be named A68, is described as weighing 1.12 trillion U.S. tons.

The process, known as calving, occurred in the last few days, when a 2,240-square-mile section broke away. Researchers are watching closely to see whether climate change is affecting the phenomenon.

"We have been anticipating this event for months, and have been surprised how long it took for the rift to break through the final few kilometers of ice," said Adrian Luckman of Swansea University. "We will continue to monitor both the impact of this calving event on the Larsen C Ice Shelf, and the fate of this huge iceberg."

CBS News correspondent Mark Phillips, who reported a series of stories from Antarctica earlier this year, said that while the final break itself was not unexpected, "What's surprising about it is the size of the thing."

NASA and European Space Agency satellites have been monitoring the shelf -- offering dramatic pictures of the break that heightened interest beyond the scientific community. The final break was first revealed in a thermal infrared image from NASA's Aqua MODIS satellite instrument.

Researchers from the U.K.-based Antarctic project, MIDAS, have been monitoring the rift in Larsen C for years, following earlier research on the collapse of the Larsen A shelf in 1995 and the break-up of the Larsen B shelf in 2002.

The project, which is investigating the effects of a warming climate through a combination of fieldwork, satellite observation and computer simulation, describes the iceberg as one of the largest ever recorded.

The new iceberg is approximately half the size of the record-holding berg known as B-15, which calved from the Ross ice shelf in 2000. It is, nonetheless, believed to be one of the largest 10 icebergs in existence.

While huge, the iceberg breaking off into the ocean will not contribute to rising sea levels; Phillips explains, "This is part of the ice shelf that is breaking off, it's already floating, it's already displacing whatever water it's going to displace."

He adds, "It's more of an indicator ... rather than a harbinger of any environmental issue or crisis yet to come."

The researchers suggest the iceberg is likely to break into fragments and say that while some of the ice may stay nearby for decades, parts of it may drift north into warmer waters. But researchers say much more study needs to be done to determine the cause.

"At this point it would be premature to say that this was caused by global warming," said Anna Hogg of the Centre for Polar Observation and Modelling at the University of Leeds.