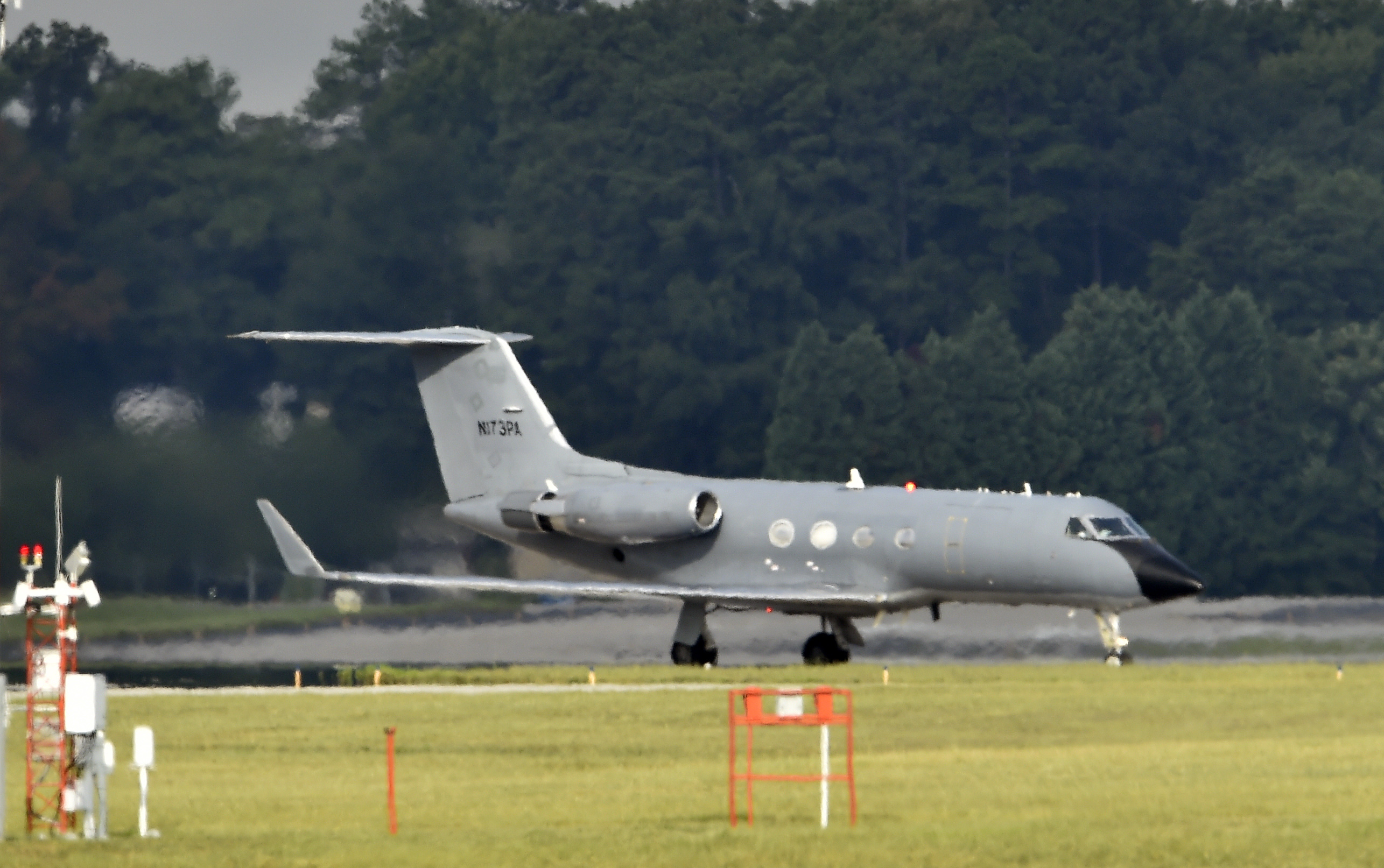 ATLANTA -- The fourth American aid worker sickened with the Ebola virus arrived Tuesday morning to a mostly calm scene at Emory University Hospital, where two others have been successfully treated.

An ambulance carrying the patient arrived about 10:25 a.m., with a police escort. Wearing a bulky protective suit similar to those of Emory's first two arrivals, the patient walked from the ambulance to the hospital - though a different entrance was used this time around. Reporters and television cameras - but fewer curious onlookers - lined the street.

About an hour earlier, the specially equipped plane carrying the patient touched down at an air base just northwest of Atlanta.

The State Department, in consultation with the Centers for Disease Control and Prevention (CDC), facilitated the evacuation of the U.S. citizen, according to spokesperson Marie Harf.

"Just as we did in three previous cases, every precaution was taken to move the patient safely and securely, to provide critical care en route, and to maintain strict isolation upon arrival in the United States," Harf said. "The evacuation was done through private charter in very controlled steps using plans and equipment devised by the CDC."

Hospital officials didn't release the patient's identity or status, but the World Health Organization says a doctor who had been working in an Ebola treatment center in Sierra Leone tested positive for the disease.

At a news conference, Dr. Aneesh Mehta said the patient's ability to walk from the ambulance was a good sign, but not the only one the hospital must consider.

The medical team will evaluate the patient's overall health and consider all treatment options, said Mehta, an infectious disease expert at Emory. He would not elaborate.

The special isolation unit that will house the patient can hold up to three people, and that capacity could be increased if needed, Mehta said.

Another worker, Dr. Rick Sacra, 51, of Worcester, Massachusetts, is being treated at the Nebraska Medical Center in Omaha. He is in stable condition. Federal officials say they asked that hospital to treat him instead of Emory to prepare other isolation units for more Ebola patients if needed.

Brantly and Writebol were given the experimental drug ZMapp. Both credited the drug with helping their recovery, but there is no way to know its effects. Sacra is being treated with a different experimental drug. His doctors have refused to name it but say they've been consulting with experts on Ebola.

Details of the latest patient's treatment are not known, but ZMapp could not have been used. Brantly and Writebol were the first to receive it; it had never been tested on humans. The rest of the limited supply was given to five others.

Once a new batch is ready, it still needs basic tests before it can be tried again, officials have said.

At Emory on Tuesday, law student Grace Van Dyke said she had heard that some people around the country were initially concerned about Ebola patients being brought to the U.S. But she never heard worries from the university community.

"Those of us who are at Emory, we're not concerned because we know the quality of Emory medical care, and we know the reason they were brought here is because Emory is capable of containing it and treating them," she said.