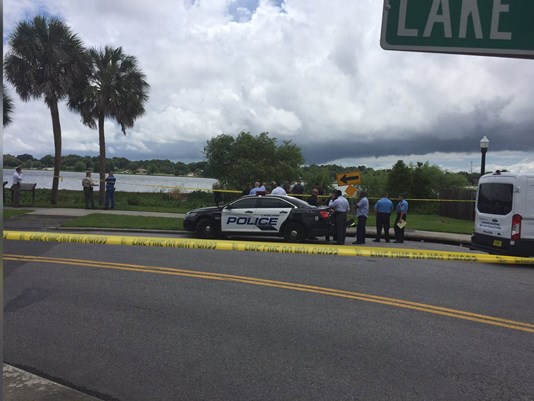 LAKELAND, Fla. -- Police in central Florida are trying to figure out how an alligator got ahold of a dead body.

Lakeland police spokesman Gary Gross told CBS affiliate WTSP officers responded to Lake Hunter on Tuesday afternoon following a report of an alligator with a body in its mouth.

Officers were able to retrieve the body, and Gross said a trapper was called to capture the eight-foot reptile. The effort to trap the gator was still underway Tuesday evening.

According to Gross, the dead body appeared to be an adult male, but police weren't sure.

It wasn't known if the alligator killed the person or simply found the dead body. Gross said a medical examiner will have to determine the cause of death.

Davie police Sgt. Pablo Castaneda told CBS Miami appeared one gator -- possibly more -- fed on the remains but that the body appeared largely intact once it was brought out of the water.

The Broward County Medical Examiner and Davie police will work to solve the mystery of who the person was and how they got there. Police

Police said it appears the body had been in the water for at least a few days..