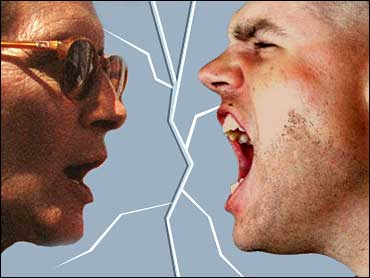 (MoneyWatch) After two articles on annuities ("The ABCs of annuities: 6 questions to ask" and "The pros and cons of annuities"), you may be thinking, "why another one?" Given the large number of reader responses that flowed into my inbox, it looks like annuities need a little more attention.

I received two types of responses: one from people who had purchased annuities and were dissatisfied ("I only wish I had read your columns before getting roped into this terrible investment"), and the other from salespeople who believe that I wrongly disparaged annuities. It is the second group that I want to address.

I am not philosophically opposed to annuities. In fact, the concept of creating a stream of income in retirement to supplement Social Security and other savings is a very good one. One of the lower cost annuity companies that I mentioned in my previous article was TIAA-CREF, a leading provider of retirement plan annuities. Dan Keady, Director of Financial Planning for TIAA-CREF, told me that "allocating a portion of your savings into an annuity to create a guaranteed retirement income stream to replace a paycheck makes sense".

Here is an example of how an annuity structure can work well. Jane works for ABC College and a TIAA annuity is the investment option in her retirement plan. Throughout her career, she contributes to the plan and when Jane retires after age 59 1/2, the lump sum she accumulated can become a stream of income that covers a portion of her retirement expenses. It's as if Jane is now receiving a paycheck or a pension from herself.

Who wouldn't want a plan like that? The concern is that TIAA is among the few companies that offer the purest form of annuities, with a low cost structure. Additionally, many annuities that are sold directly to consumers and not through retirement plans have been flagged by regulators as potential sources of misleading sales efforts and misunderstanding. Proceed with caution regarding the sales of a product that requires regulators to issue so many warnings to consumers.

The title of the Financial Industry Regulation Authority (FINRA) article "Variable Annuities: Beyond the Hard Sell" goes to the core of the problem: it's not that an annuity is a poor choice in every case, but because of the complexity and expense of variable annuity contracts, consumers need to focus on understanding the features and fees.

The problem with many annuities, according to financial advisor Gary Schatsky, Chair Emeritus of NAPFA (National Association of Personal Financial Advisors), is that "the on-going expenses and built in insurance costs are higher than what most impartial financial advisors would recommend. These products traditionally have among the highest commission structure of most financial instruments sold."

Annuity fans acknowledge that the tax benefit is limited for many due to lower current tax rates. However, they extol the living benefit feature of annuities, which for an extra fee, can provide the owner with a minimum guaranteed return, or a minimum lifetime withdrawal amount. One e-mailer pointed out that "being invested in an annuity, with such a guarantee, from years 2000 - 2010 would have been a better choice than being in mutual funds where you realized no gain in your account value." To which Schatsky notes, "A freak set of economic events had to occur to make these work." The history of long-term market performance wouldn't support basing future investment decisions on the most extreme conditions.

Keady says that TIAA-CREF does not currently offer living benefits, noting "sometimes people don't fully understand the guarantees that they are buying." Earlier this year, a senior executive at FINRA stated that the advent of more annuity riders and features has prompted FINRA to closely examine disclosure, suitability and yield-chasing practices associated with the sales process.

In sum, a low-cost annuity can be a terrific vehicle, but the cost of the contracts and their guarantees, combined with a lack of liquidity, make them difficult to embrace wholeheartedly. As Schatsky advises, "You could probably craft your own portfolio with reduced risk exposure, at a much lower cost. It might not have the sizzle of the salesman's pitch, but it can help you achieve your desired retirement goals."