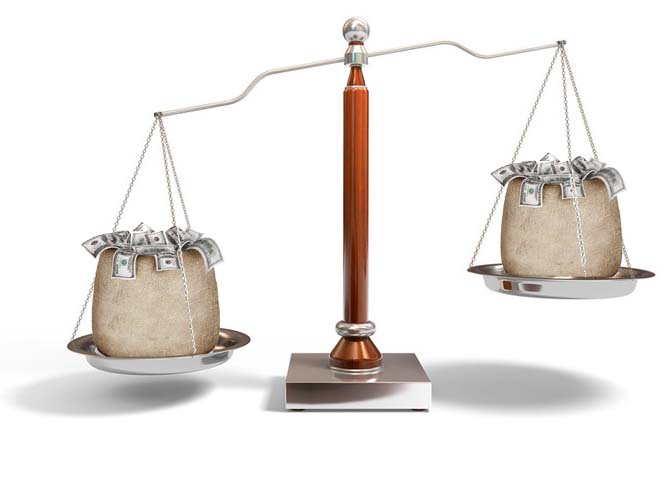 After covering the basics of annuities, it's time to address specifically the pros and cons of these tax-deferred retirement savings vehicles.

Guaranteed income for life is a big time benefit, but it comes at a cost. The first concern is that you are giving up access to your money in exchange for the income stream. For this reason, if you are going to invest in an immediate annuity, it would be prudent to do so with only a portion of your total portfolio. As you age, access to money becomes more important, so this is a significant concern. Many retirees like to use an annuity to cover their fixed costs, and describe it as similar to having a salary to meet regular expenses.

Additionally, most immediate annuities provide for fixed payments, which are not adjusted for inflation. Although we are in a low inflation environment today, who knows whether prices will rise substantially during the payout period of your annuity? Finally, an investment in an immediate annuity is an investment in the company that issues it. The guaranteed stream of income is only as good as the financial stability of the insurance company that writes the contract. As we all learned during the recent crisis, insurance companies can run into big problems.

Although there are different flavors of deferred annuities (fixed, variable, equity index), they all share two distinct phases: the accumulation phase, during which your money grows on a tax-deferred basis; and the payout phase, during which you begin to receive scheduled payments. Deferred annuities share the same lack of liquidity as immediate annuities, but there are other, more worrisome downsides to these contracts.

Insurance agents often extol the tax advantages of deferred annuities, but there are three big issues surrounding their taxation.

1. When you start withdrawing money from the annuity, earnings (but not principal) will be taxed at your ordinary income rate, rather than at the lower capital gains rates applied to investments in stocks, bonds, mutual funds or other non-tax-deferred vehicles in which funds are held for more than one year. Investing in a deferred annuity means that you may be converting capital gains into ordinary income, which can add up to big tax payments, especially for those in high tax brackets.

2. Many financial advisers or insurance agents recommend variable or equity-index annuities for accounts that are already tax-deferred, like 401(k)s, 403(b)s and IRAs. This makes absolutely no sense, because these accounts are already tax-advantaged. If someone tries to sell you a variable annuity to hold in a tax-deferred account or encourages you to purchase an annuity before you maximize your retirement plan contribution, head for the exit.

3. From an estate planning perspective, proceeds from most deferred annuities do not receive a "step up" in cost basis when the owner dies. Other types of investments, such as stocks, bonds and mutual funds, do provide a step up in tax basis upon the owner's death, which can limit the tax liability for your heirs.

By far the most problematic issue with deferred, variable and equity-index annuities are the sky-high costs. Mortality and expense charges (M&E), administrative fees, underlying fund expenses, charges for special features and the salesperson's commission can eat up 2-3 percent of the value of your investment every year!

Insurance professionals will talk about the value of the death benefit of these contracts, but since most people are using the funds in retirement, the death benefit is irrelevant. If you do need life insurance, there are lots of cheaper options, like term insurance.

By now you realize that I'm not a huge fan of deferred variable annuities, but if you already own one, consider exchanging it for a lower cost one through TIAA-CREF or Vanguard. Section 1035 of the tax code allows you to swap one annuity for similar one without triggering tax liability.

When considering annuities to secure income in retirement, make sure you weigh the potential benefits as well as the inherent risks in these complicated savings vehicles.