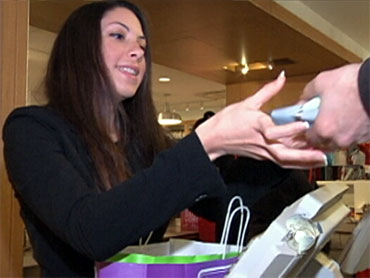 Retail sales rose for a sixth consecutive month in December, with big gains in sales of autos and furniture. The increases lifted sales activity for the year by the largest amount in more than a decade.

The string of increases pushed sales for all of 2010 up 6.7 percent, the largest annual increase since 1999.

Gains in retail sales are evidence that consumers, who fuel 70 percent of economic activity, are spending more money. Economists point to the trend as a sign that economic growth will be strong this year.

December capped the best holiday shopping season for retailers in four years. Revenue at stores open at least a year rose 3.8 percent from Oct. 31-Jan. 1, according to an index compiled by the International Council of Shopping Centers.

But the gains last month were smaller than the previous two. Retailers began their promotional efforts much earlier this year, which may have dampened last month's sales. A huge snowstorm in the Northeast after Christmas also cut into demand.

There were exceptions. Auto sales rose 1.1 percent last month, better than the 0.2 percent gain in November.

Sales were also strong at furniture stores, rising 1 percent, and at hardware stores, where they increased 2 percent.

Sales at department stores dropped 1.9 percent and were down 0.7 percent at general merchandise stores, a category which includes such big retailers as Wal-Mart. The December declines in activity compared to big gains in November.

Sales at gasoline stations rose 1.6 percent after a 3.8 percent jump in November. Much of that increase reflected higher pump prices. The retail sales figures are not adjusted for inflation.

The holiday shopping season accounts for as much as 40 percent of annual revenue and profits for retailers.