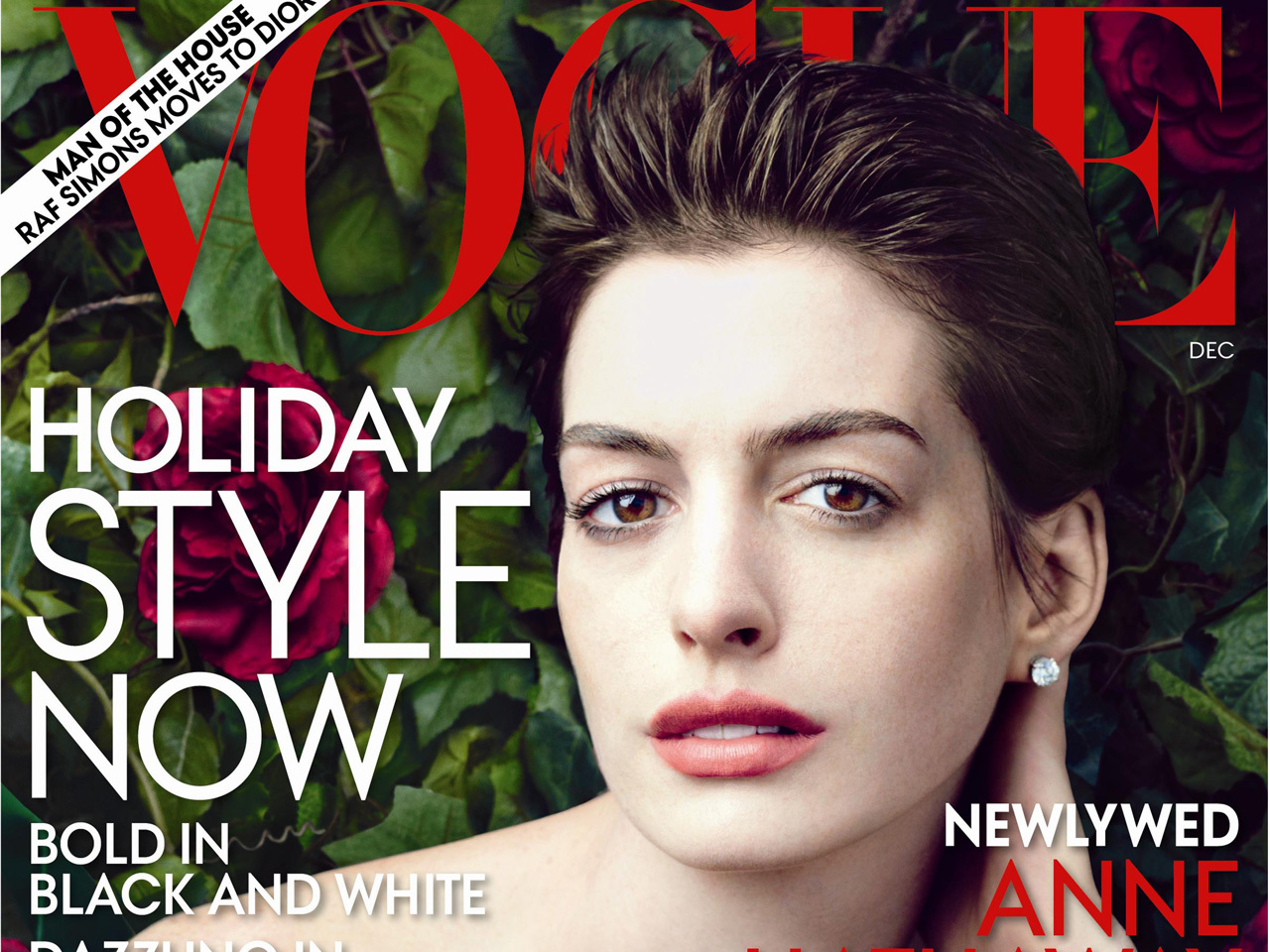 Anne Hathaway, who appears on the cover of the December issue of Vogue, told the magazine that her husband, Adam Schulman, helped get her through the grueling filming of her new movie "Les Miserables."

The 30-year-old actress plays Fantine, a struggling, sickly mother forced into prostitution in 1800s Paris. For the role, Hathaway lost 25 pounds and cut her hair. She told the magazine she became fixated on losing the weight.

"I had to be obsessive about it -- the idea was to look near death. Looking back on the whole experience -- and I don't judge it in any way -- it was definitely a little nuts. It was definitely a break with reality, but I think that's who Fantine is anyway," said Hathaway.

While the part left her in a "state of deprivation, physical and emotional," she says Shulman was understanding and supportive.

The couple wed in September in Big Sur, Calif. Hathaway wore a custom gown by Valentino whom she collaborated with on the design. Working with the designer is a memory she says she will "treasure forever."

The December issue of Vogue hits newsstands on Nov. 20.