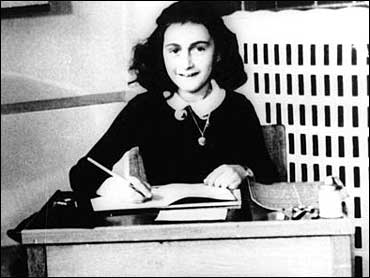 THE HAGUE, Netherlands -- Anne Frank may not have been betrayed to Nazi occupiers, but captured by chance.

A new study published Friday by the Anne Frank House museum in Amsterdam says that despite decades of research there is no conclusive evidence that the Jewish diarist and her family were betrayed to the Netherlands’ German occupiers during World War II, leading to their arrest and deportation.

Ronald Leopold, Executive Director of the Anne Frank House museum, said in a statement Friday that new research by the museum “illustrates that other scenarios should also be considered.”

Anne Frank kept a diary chronicling the two years her family and four others spent hiding in what had been her father’s company’s warehouse. Two of the people who helped the family hide were arrested along with the eight occupants of the “Secret Annex,” as they referred to the secret rooms behind a bookshelf, and sent to a concentration camp in the Netherlands. Three others who had helped were not arrested, and kept Anne’s diary.  The Secret Annex occupants were turned in by an anonymous phone call to the Sicherheitsdienst, or German Security Service.

It’s long been believed someone in the office -- or someone associated with the office -- turned them in. While the warehouse manager Willem Van Maaren -- who was not in on the secret but pointed up the stairs when the Nazis asked “where are the Jews?” -- has long been suspected, he insisted he was innocent and two separate investigations found no conclusive evidence linking him to the phone call.

But now one possible theory is that the Aug. 4, 1944, raid that led to their arrests could have been part of an investigation into illegal labor or falsified ration coupons. The Anne Frank House said Anne’s diary entries -- not previously used as a source -- from March 1944 led to police and judicial documents from other parts of the Netherlands.

Of the eight occupants in the “Secret Annex,” only Anne’s father Otto Frank survived the Holocaust. Anne died of typhus in the spring of 1945 at the Bergen-Belsen concentration in Germany. She was 15 years old.