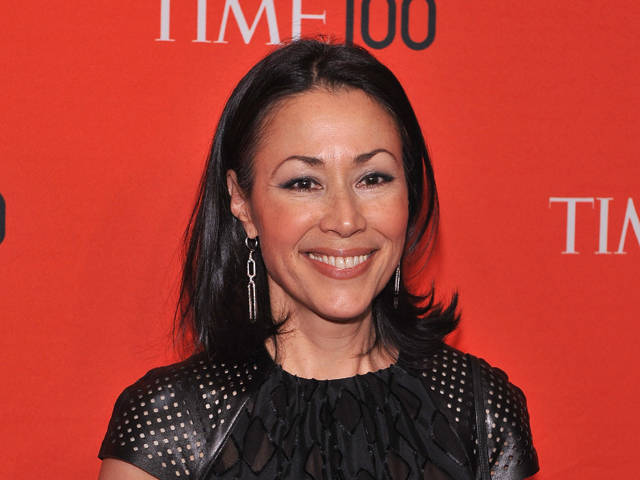 (CBS/AP) Ann Curry could be saying goodbye to "Today."

NBC News is discussing a plan to replace Curry as co-host of the "Today" show with Matt Lauer, just a year after she signed on to the post.

Curry, who has been with "Today" since 1997, replaced Meredith Vieira last June as Lauer's partner. Lauer agreed to a long-term contract this spring to stay with the show.

It's still uncertain whether Curry, who has discovered a passion for international reporting in recent years, will remain with "Today," according to a source with knowledge of the show who spoke on condition of anonymity on Wednesday because the source was not authorized to speak on the matter. The New York Times first reported the discussions about the possible change on Wednesday.

Network officials started talks with Curry several weeks ago, the Times reports. There's a possibility she could be moved to another part of the network, according to NBC sources.

Savannah Guthrie, who co-hosts the show's third hour, is at the top of the list of Curry's possible replacements. The Times reports that Hoda Kotb and Natalie Morales' names have also been tossed around as potential replacements.

"Today" lost in the ratings this spring for the first time since 1995 after a string of 852 consecutive weeks. Since then, "Today" and ABC's "Good Morning America" have been trading weekly wins.

Keeping "Today" on top is serious business for NBC. Now four hours long, "Today" is the network's most profitable show and, with no end in sight for the network's prolonged prime-time slump, stands with Brian Williams' "Nightly News" as NBC's most successful program.

The Times reported that Curry had hired Washington lawyer Robert Barnett to represent her in talks with NBC News about her future. Barnett said he would not comment on Curry Wednesday, and Curry did not return an email seeking comment.

Asked a week ago whether "Today" was considering any personnel changes, "Today" executive producer Jim Bell deflected the question with a joke, saying there was no truth to the rumor that Hoda Kotb and Kathie Lee Gifford would leave as hosts of the show's fourth hour.

Bell, who is also producing NBC's Olympics broadcasts, said it would be wrong for "Today" not to undergo some self-examination with the new competition from ABC. But he also noted that ABC was helped this spring because it had a stronger prime-time lineup than NBC and some of those evening viewers stuck around for "Good Morning America."

Curry was passed over for Vieira in 2006 when NBC executives were replacing Katie Couric on "Today." After getting the job last year, she told The Associated Press that she would not have left the show even if she had been passed over again.

On Thursday, it was business as usual on "Today." Curry showed up to work, but didn't make mention of the media reports. She did, however, post an update on Twitter:

Tell us: If Ann Curry does leave "Today" who should replace her?