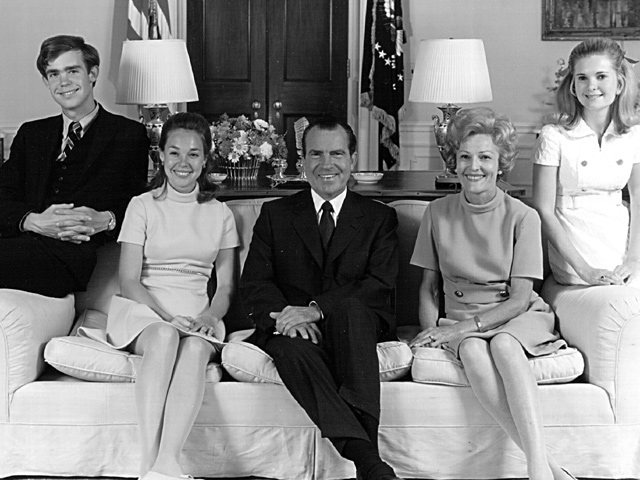 (CBS) In Ann Beattie's new book, "Mrs. Nixon: A Novelist Imagines a Life," she wonders who the mysterious Pat Nixon really was.

Beattie starts with Nixon's name. She was born Thelma Catherine Ryan and had 11 nicknames, which included "Buddy" and her Secret Service code name "Starlight."

"Names, nicknames, they're fascinating to writers, but they also cause anxiety because they're so elusive, and because writers have to come up with so many of them," writes Beattie.

Nixon was the only modern first lady not to write a memoir, according to Beattie, adding to her anonymity.

Through articles in Life magazine, reprinted letters and accounts from Nixon's daughter, Beattie creates what USA Today calls a "hybrid biography" that lets readers understand the wife of the seemingly self-destructive Richard Nixon a little better.

Ann Beattie, who is currently a professor at the University of Virginia, has received an award for excellence from the American Academy and Institute of Arts and Letters and a PEN/Bernard Malamud Award for excellence in the short story form.

This is not the first time a novelist has imagined the life of a first lady: Curtis Sittenfeld wrote "American Wife," published in 2008, which is loosely based on life of Laura Bush.