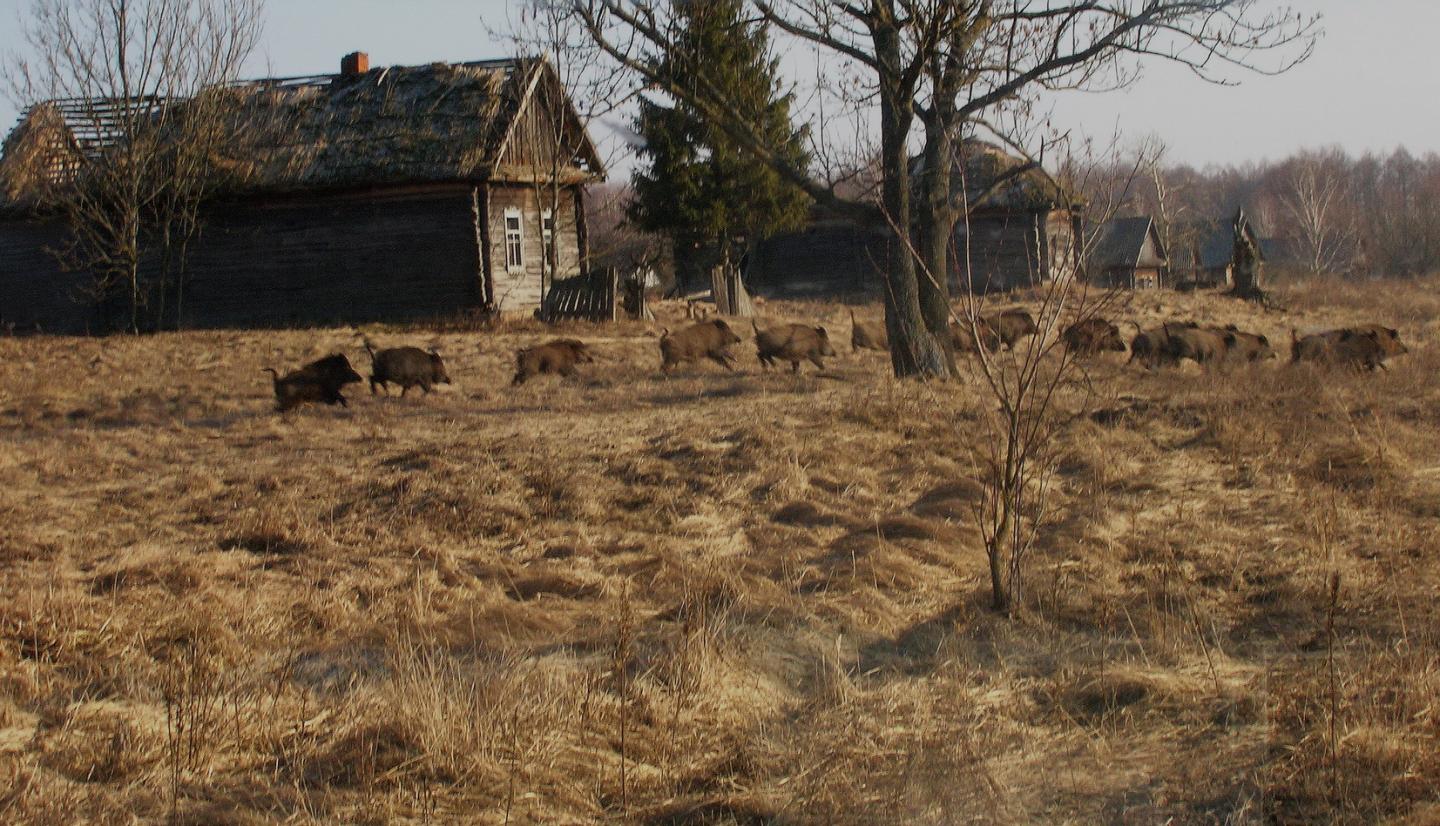 The boars are back -- in Chernobyl.

After the 1986 disaster at the Chernobyl Nuclear Power Plant, people and animals fled the contaminated area. Though nearly 30 years later houses still stand abandoned, boars, deer, elk and wolves have moved back into the region, and they're flourishing.

A study published in Current Biology Monday found that wildlife populations in the so-called exclusion zone -- over 1,600 square miles of contaminated land -- have bounced back and are now as big as, or in some cases bigger than, comparable populations in uncontaminated nature reserves nearby.

"These results demonstrate for the first time that, regardless of potential radiation effects on individual animals, the Chernobyl exclusion zone supports an abundant mammal community after nearly three decades of chronic radiation exposures," the researchers wrote.

The findings may provide hope that animal populations in Fukushima, Japan, will be able to rebound following the 2011 disaster there.

Research has shown that in both places, radiation caused wildlife population declines and a raft of mutations. Monkeys around Fukushima had blood abnormalities similar to those observed in Ukrainian children living around Chernobyl in the aftermath. Birds in Fukushima have suffered tumors and cataracts, and even as radiation levels have dropped, many species have failed to bounce back in numbers.

Hearteningly, in Chernobyl, the abundance of elk, roe deer, red deer and wild boar are now similar to that found in surrounding areas. Wolf populations are more the seven times higher in the exclusion zone than in nature reserves outside it.

"It's very likely that wildlife numbers at Chernobyl are much higher than they were before the accident," said Jim Smith of the University of Portsmouth, an author on the study.

Good news, right? Only sort of.

"This doesn't mean radiation is good for wildlife," he continued in a statement, "just that the effects of human habitation, including hunting, farming, and forestry, are a lot worse."