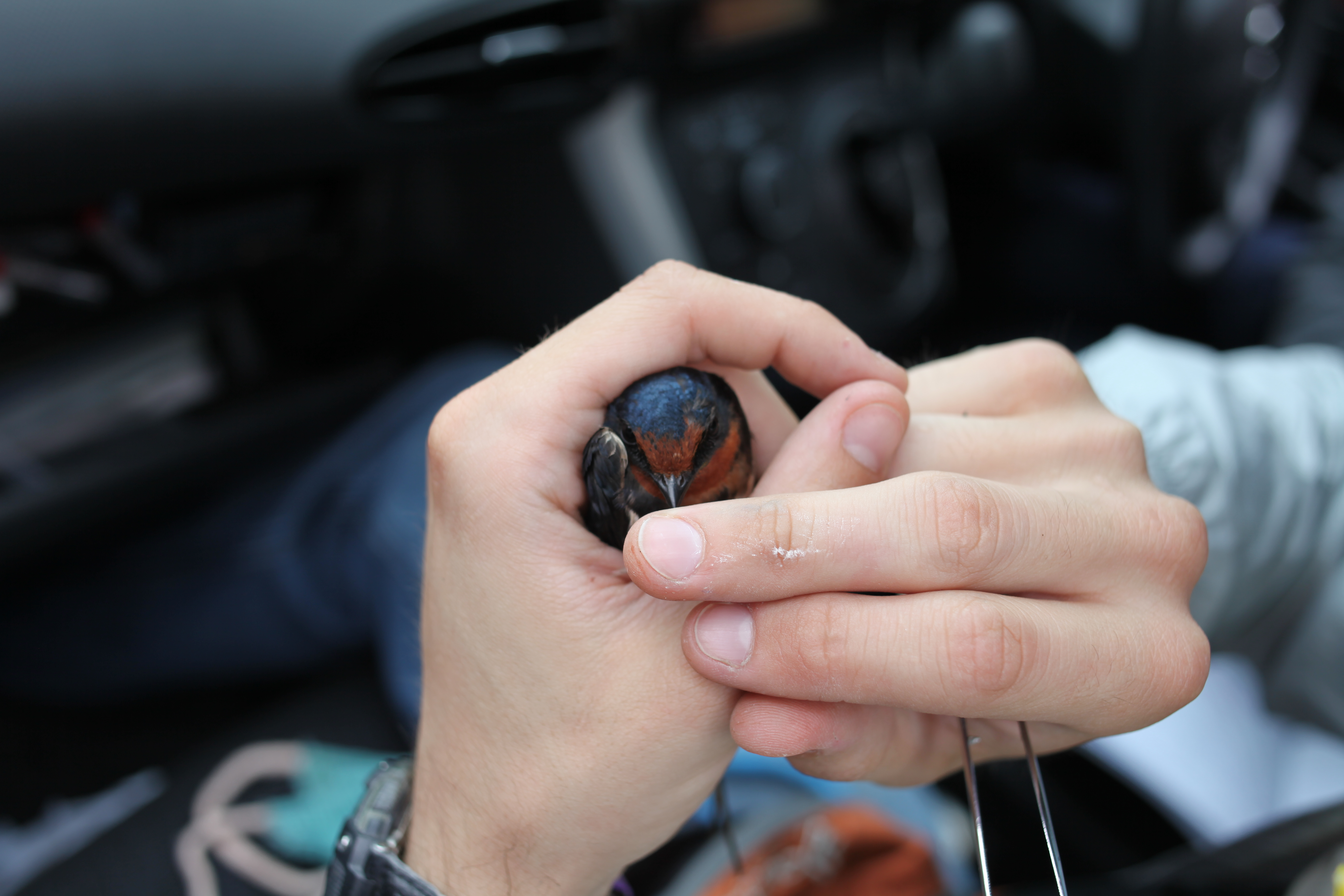 Four years after the Fukushima disaster, birds are becoming a rarity around the damaged nuclear site.

A study in the Journal of Ornithology found that half the populations of 57 bird species had suffered declines. Studying birds over three years at 400 sites, University of South Carolina biologist Tim Mousseau and his colleagues found that the numbers continue to decline over time - even as the radiation threat drops.

"There are dramatic reductions in the number of birds that should be there based on the overall patterns," Mousseau told CBS News. "In terms of barn swallows in Fukushima, there had been hundreds if not thousands in many of these towns where we were working. Now we are seeing a few dozen of them left. It's just an enormous decline."

In addition to barn swallows, the great reed warbler, Japanese bush warbler and the meadow bunting have been the hardest hit.

Researchers are still trying to pinpoint the exact reason for the decline and the role played by the Fukushima disaster. Japan was hit by an earthquake on March 11, 2011, which produced a tsunami that crippled backup generators at Fukushima Daiichi, setting off the worst nuclear catastrophe since Chernobyl.

In earlier work in Fukushima, he found the nuclear disaster had taken a toll on a range of species, causing genetic damage to birds, monkeys, butterflies and other insects. A study he published earlier this month in the journal Nature Scientific Reports showed that tests on individual barn swallow nestlings failed to show genetic damage as a result of radioactivity. Still, the more detailed study demonstrated a population decline relative to the amount of radiation both in numbers and fraction of juveniles.

"We were working with a relatively small range of background exposures in this study because we weren't able to get into the hottest areas that first summer after the disaster, and we were only able to get to some medium-hot areas the following summer," Mousseau said. "So we had relatively little statistical power to detect those kinds of relationships, especially when you combine that with the fact that there are so few barn swallows left."

Mousseau also has been among researchers leading a project that compares the environmental impact of Fukushima to that of Chernobyl, the scene in 1986 of the worst accident at a nuclear plant. As the director of the Chernobyl + Fukushima Research Initiative, he looked at the impact of birds in both places.

In a second paper in the Journal of Ornithology this month, Mousseau and his longtime collaborator Anders Moller of the French National Centre for Scientific Research found that migratory birds appear to fare worse around Chernobyl than year-round residents. The opposite is true in Fukushima.

At Chernobyl, Mousseau believes the migratory birds such as the barn swallow and the cliff swallow suffered more because their defenses - antioxidants such as Vitamin E and GSH that are used up in flight - were already compromised when they arrived.

"They have flown for thousands of miles so they are stressed metabolically," he said. "Combined with the energy required for reproduction, they are particular vulnerable to the radiation once they arrive."

Around Fukushima, Mousseau predicts the worst may not be over.

"The relationship between radiation and numbers started off negative the first summer, but the strength of the relationship has actually increased each year," Mousseau says. "So now we see this really striking drop-off in numbers of birds as well as numbers of species of birds. So both the biodiversity and the abundance are showing dramatic impacts in these areas with higher radiation levels, even as the levels are declining."

Mousseau said the reason comes down to the long-term impact of the radiation.

"It takes multiple generations for the effects of mutations to be expressed in natural populations," he said, referring to effects such as shorter life spans and reduced fertility. "At some point, there will be a balance of the negative effects of mutations and immigration of fresh, new birds. We just don't know enough to say when a balance will be reached."